This was the first group walk of 2018 that I’d attended. Part of my inspiration for that was in the fact that we’d be heading to the Black Mountains in Wales… Although, technically, we’d also be passing through the Brecon Beacons National Park.

It was the first time that Sarah would be leading a walk by herself. She was one of three other participants (along with myself) who spent the weekend in the Brecon Beacons back in November, as part of a walk leading and navigational training exercise. 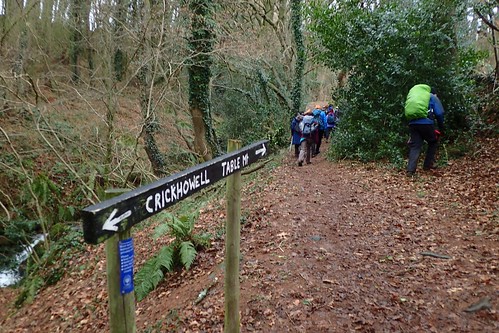 Crossing the Severn from Bristol, we drove up the A40 and in to Crickhowell. We would depart from our cars within the local school car park. It was almost full upon our arrival, at which point the final remaining cars from our cluster followed the locals in parking on the elongated coach spaces. 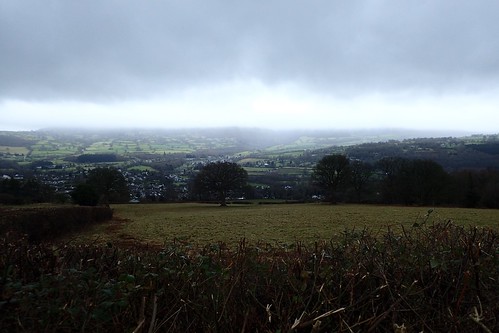 We were looking to join the Beacons Way, heading north and slightly north-eastward on a loop towards Table Mountain – a former hill fort also known as Cryug Hywel. 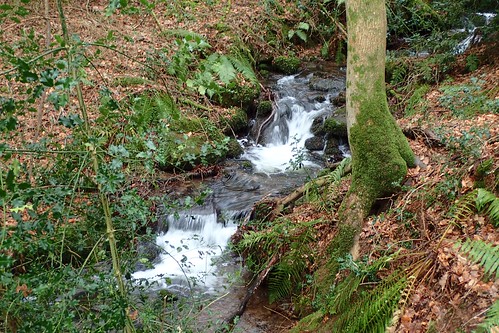 One of my favourite features of mountain-based walks has to be the brooks running down their sides. I think that many of us take it for granted; the journey that each course of water. 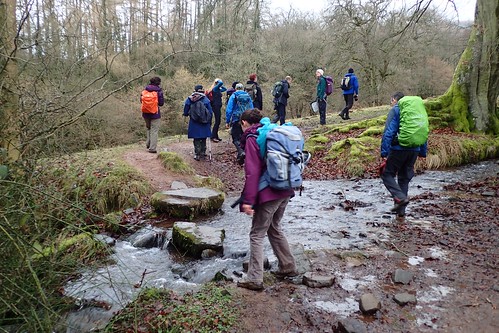 This was created as a ‘Joint Walk’… In Brunel Walking Group, we effectively have two age groups: one for people in their twenties and thirties; the other for members aged forty and over. In an Joint Walk, members of all ages are welcome. 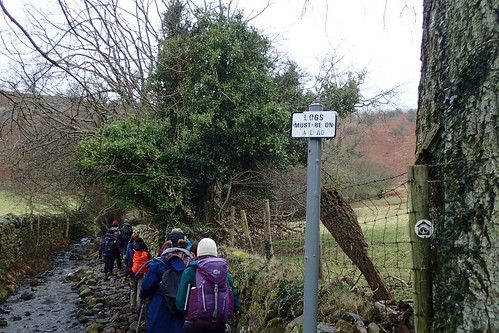 I can confirm that no logs were let loose from their leads. 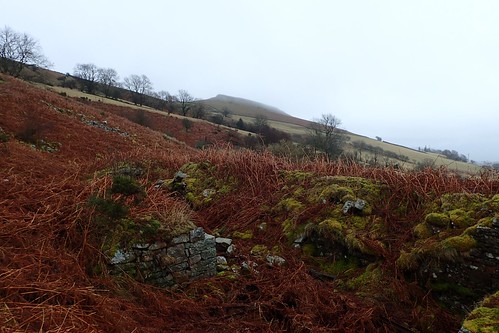 Having climbed the best part of three-hundred metres already, we broke out on to Open Access Land, with perhaps our first view of Table Mountain… Albeit, faint among the low-lying cloud. 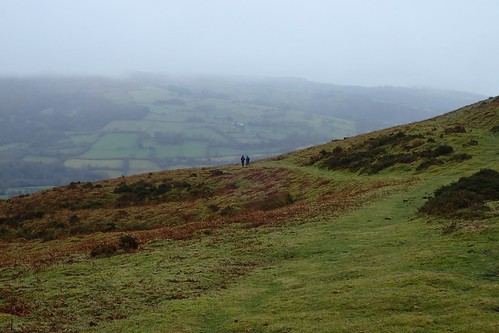 This wasn’t the most desirable of days (weather-wise) for a walk in the Black Mountains and there was pretty much no chance of us glimpse the ‘Central Beacons’ (Pen Y Fan and the rest) beyond the great vale beneath us. 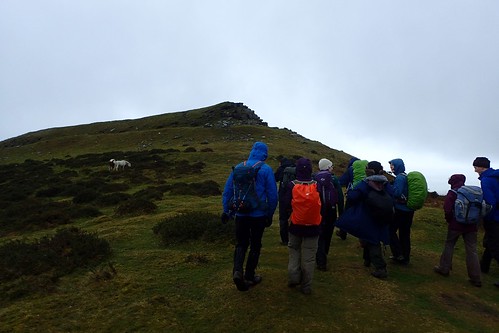 We took an early lunch stop on the northern face of Table Mountain; somewhat sheltered from the wind. We were no more than four-hundred metres above sea level at this point and the conditions were unlikely to improve as we would later ascend in to low-level mountain height. 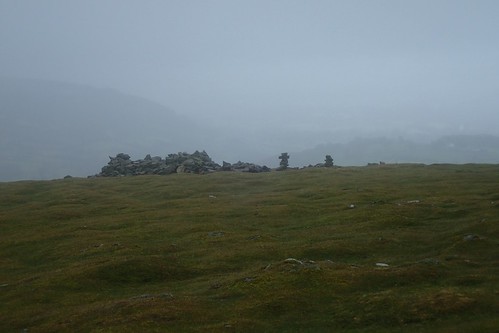 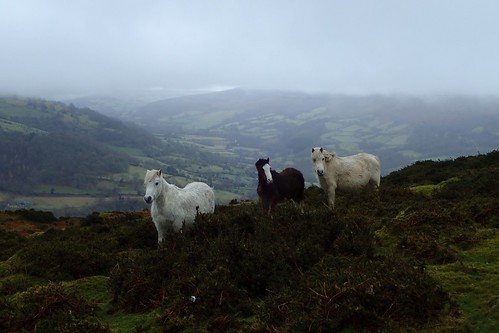 On a clearer day, you can peer down over Crickhowell from the table-like summit of Crug Hywel. As I once mentioned in a previous post; it’s one of three peaks visible from the site of the Green Man Festival, held in August each year. 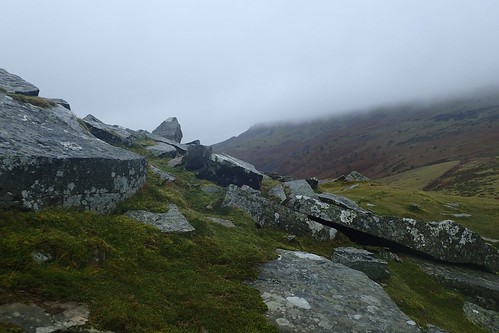 Onwards… From here, would ultimately mean climbing upwards and deeper in to the cloud! 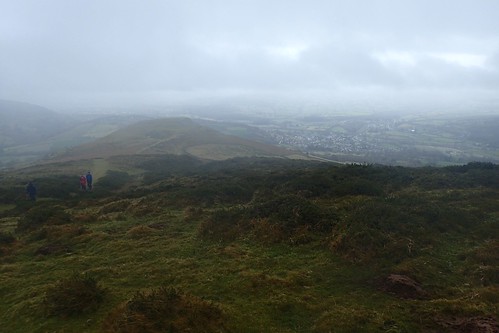 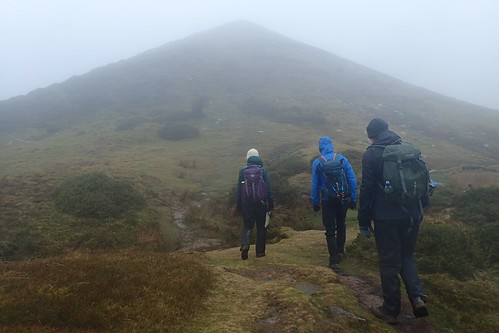 Leaving the Beacons Way for now, we continued north and began our three-hundred metre climb towards the summit of Pen Cerrig-Calch. 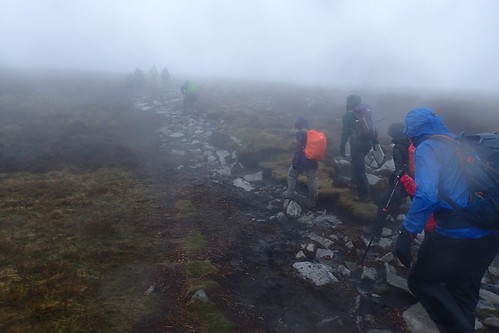 But for the many rocks under foot, we’d have probably struggled to successfully trek this peat-rich landscape.

I don’t appear to have any photos of this trig and we certainly didn’t linger at its summit for long. 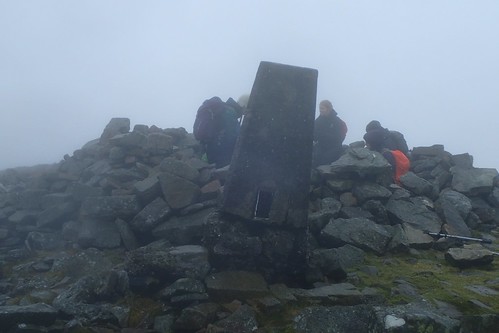 Here’s a shot with a number of us crammed in to the wind shelter beyond the leaning trig pillar of Pen Allt-Mawr. I enquired about its condition after my own walk in this area, back in August. Ordnance Survey have been monitoring aware of its state for several years, although they have no intention or obligation to repair it. I like to think that volunteers will chip in and work together in some way, if and when it does tumble.

Interestingly, I recently learned that on Waun Fach – the highest point in the Black Mountains – there was once a trig pillar, which has since sunk below ground level (and hence, why I didn’t spot anything in last August). 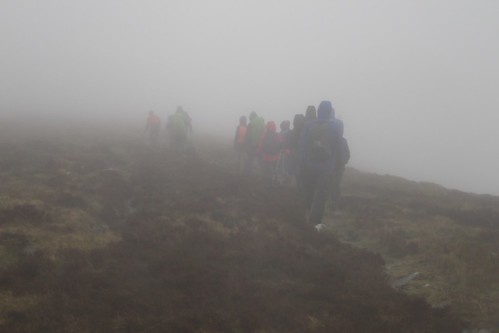 I think we actually had a “second lunch” stop on the summit of Pen Allt-Mawr. Despite being eighteen-metres higher than Pen Cerrig-Calch, we found it to be less windy. If still grey, cold and somewhat miserable. 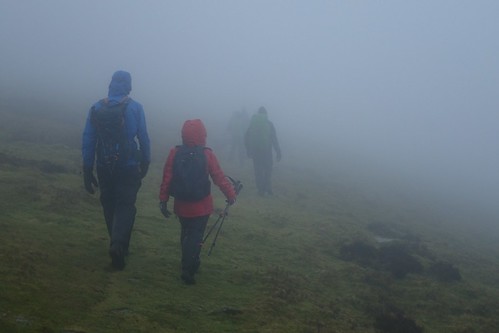 This would be our highest point of the day, from which we would soon begin the long descent on our return to Crickhowell, via Pen Gloch-Y-Pibwr.

Throughout the day, I’d been impressed with Sarah’s ability to lead the group. Sometimes, she was at the front. At other times, she was in the middle of our line and almost leading from the back! I’ve tried to take something from this and will continue attempting to apply it to my own methods, in an effort to be more sociable with other group members. 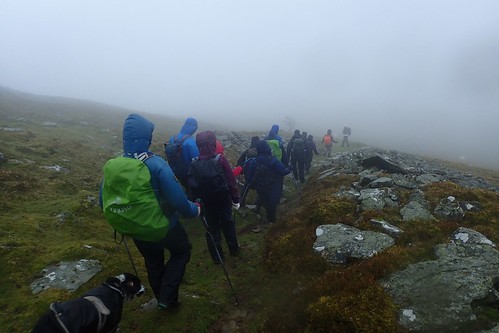 Equally, I was impressed with Sarah’s ability to navigate in conditions of such poor visibility and also to be able to read and understand the landscape to determine whether or not we were on the right path. Or, if we needed to hop across the heather in order to regain the correct course. 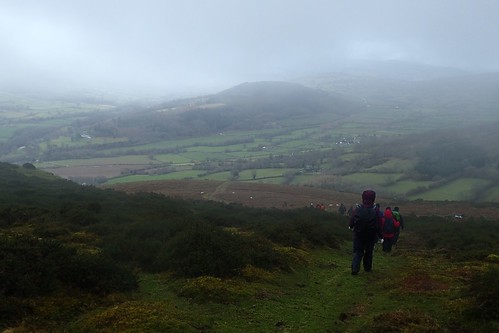 We continue on our descent, looking to rejoin the Beacons Way, with the cloud gradually clearing beneath us and allowing for landscape views.

I slipped over twice during this long and grassy descent… On the first occasion, no-one noticed as I was lingering at the back. After a couple more ‘almosts’, I fell in a spectacular fashion after rejoining the tail-end of our group! 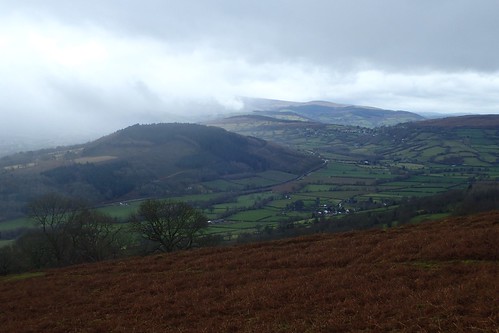 Personally, I do blame my Salomon boots – I was using two walking poles at the time! Salomons are quite renown to offer poor traction on wet surfaces. I don’t often wear them in the winter, if I can help it. I find leather boots to be more water-resistant, easier to clean and I do believe that a Vibram tread provides better grip that Salomon’s own. 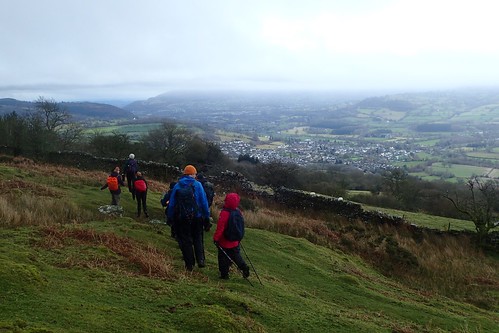 There’s something rewarding about a mountain walk in less-than-ideal conditions that is topped off with near-birdseye views of civilisation towards the end.

I find it interesting to note how, following the Beacons Way from the west, the route drops south from Foxhall and in to Crickhowell briefly, before climbing back up along Cwm Cumbeth… When a more efficient option would be to cut across the access land towards the Sheepfold and save around three-kilometres of walking.

But then, I guess Crickhowell, like any town, offers the option of accommodation and other facilities. 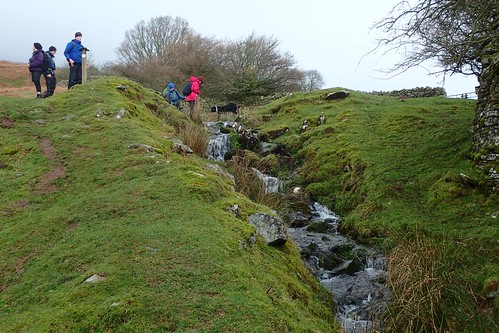 As always at this time of year, Brunel members took an opportunity to bathe their boots clean, some distance before we’d arrive back at the cars. 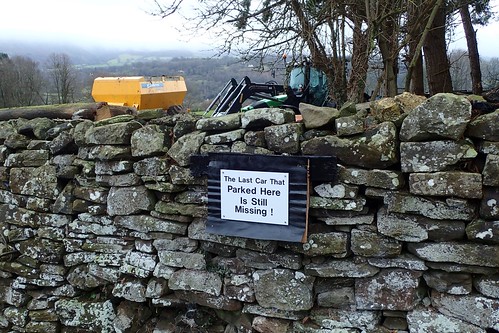 I do find that car parking options can be limited in this area. Especially when there’s likely to be a number of people turning up. We found this sign in the yard of an un-named farm just north-east of the Manor Hotel.

Post-walk, we retreated to the Bear pub in Crickhowell, ahead of the return journey to Bristol. We all seemed to feel good about returning home, still with one day to spare before another working week would begin. As a group, we typically do most of our walking on a Sunday.

Distance of this walk: 10 miles 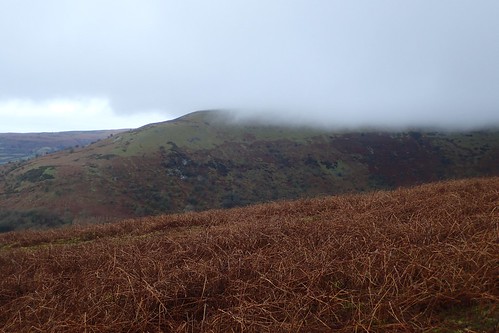 For anyone heading to the mountains, I would always advise them to check the Met Office forecast, regardless of the time of year. Temperatures can change as quickly as the cloud can cover our land. Always take precautions and be prepared.