In less than three weeks time, I’ll be leading my next walk with the group.

This local outing was an effort to ‘reccy’ and finalise the route I had plotted and proposed for the occasion. I was actually leading another walk the very next day and you’ll be able to read my account of that experience, soon. 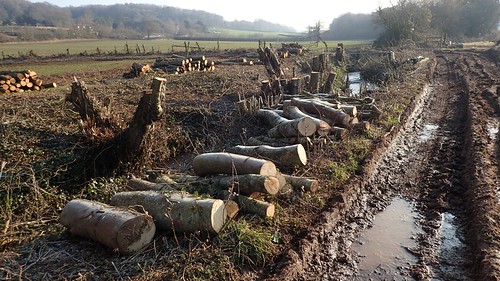 I set off from my doorstep in Wrington, to once again head off in an eastward direction along the Two Rivers Way footpath.

Fortunately, the right of way had been reopened, after experiencing a temporary closure, on an attempt to pass through here in January 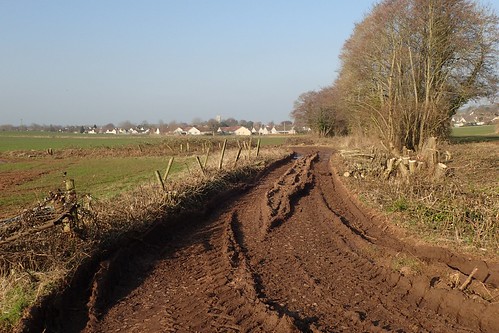 Many trees appear to have been cut down. Was this the reason for the temporary closure? I really cannot remember, now, what the cause was. 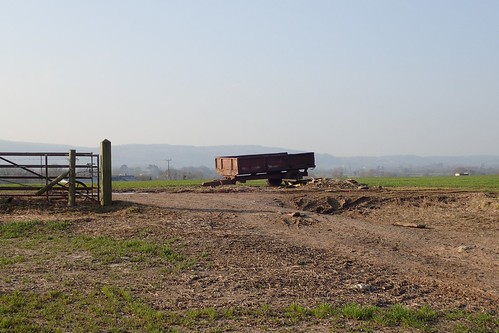 I believe it was on this weekend where many of us met with the early promise of spring, after a long, dark and bitterly  cold winter, compared to recent years in the south of the UK. 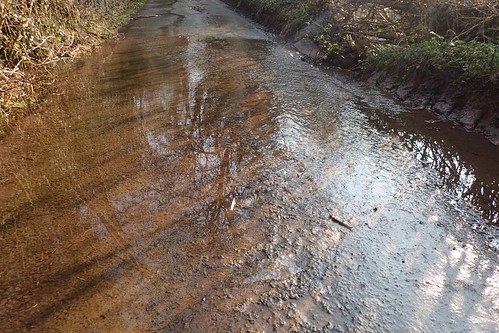 Crossing the A38, I continued beyond Lye Cross – exactly as my walk will follow. This section’s somewhat familiar, as I’ve walked it before. Every step along the road was measured with consideration, as slick ice lay beneath the glaze of standing water. 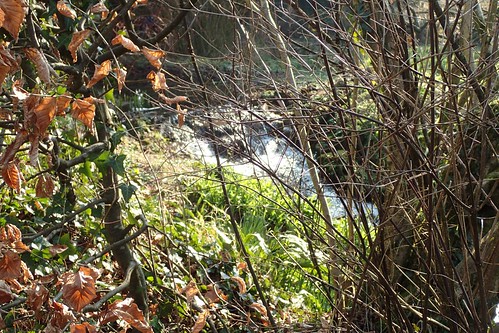 At the driveway to Cribb’s Farm, a ‘waterfall’ is highlighted on the map. This doesn’t appear to be as well-known as the one further east in Chew Stoke (…Which remains a secret for many) and I’m not sure if any form of public access is permitted. But I attempted the shot above, through a hedge from the roadside.

Do waterfalls have to be tall and mighty to be appreciated? 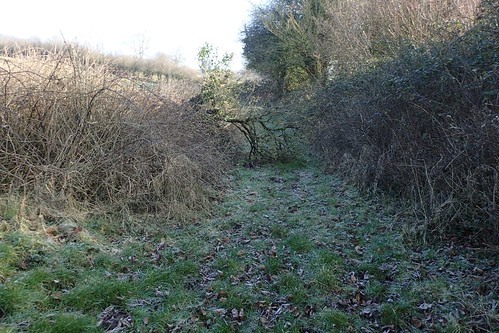 At Lye Hole, I would leave Sutton Lane and follow a previously unwalked series of paths. My actual route will continue along the Two Rivers Way from here, which I’m already familiar with. This alternative route was redirected a couple of years ago. Ordnance Survey are up to date and the waymarking on the ground is in good order.

Just watch out for the branches! 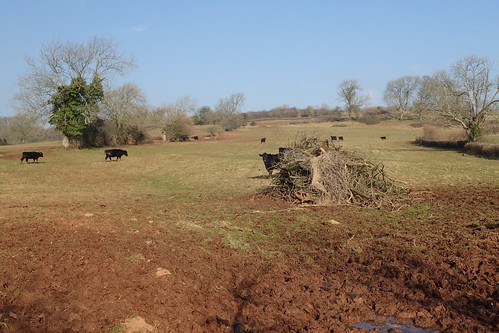 Only one of these seven fields lay host to a herd of cattle… Black ones, as well. 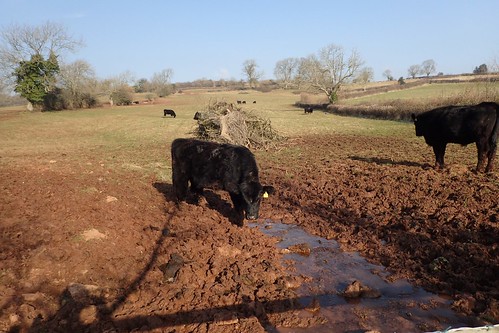 I had enough room to pass by without incident. They do follow me for a portion but I guess they’re not as used to people or, may have thought I was going to feed them. I sometimes wonder how I would ever do half of these walks safely with a dog, as much as I miss having one. 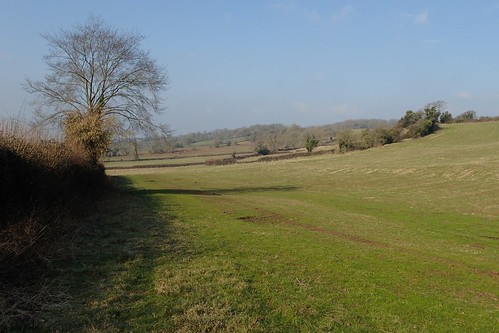 Otherwise, these fields were green and expansive. Not a sound or sight to be found. If I was bold enough and experienced, it may warrant the chance of wild camping, one day. 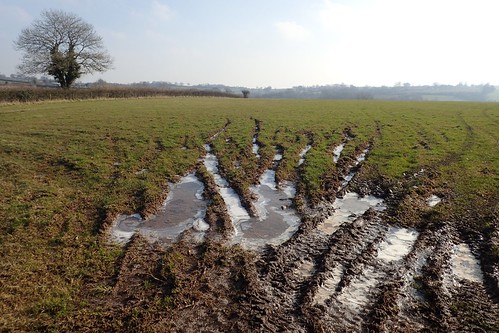 From the final field, I turned south along the road before heading downhill across a field and in the direction of Butcombe… That’s the village. Not to be confused with the brewery, which actually exists in Wrington.

Back on the Two Rivers Way and this was likely to be my biggest test of the day: 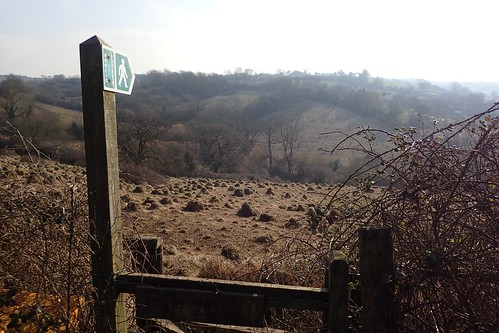 Heading steeply down the hillside, laden with ‘baby heads’, I would search for the river crossing that I’d failed to find in September 2016.

But, as soon as I’d climbed over the stile, the flock were on to me. Bleating and chasing; some even running up beside to inspect my hands! Sheep are normally so easily frightened… They must’ve been newly released in to the wild and they were probably due or hoping for a feed. 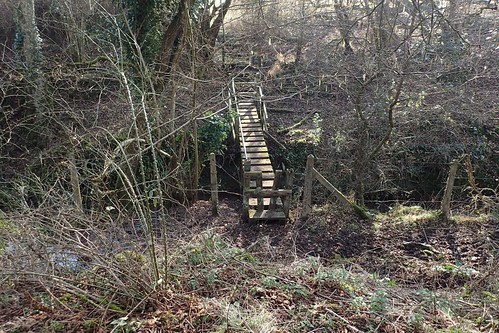 Looking down towards the river, I saw it.

How had I not seen this bridge on my last visit?! 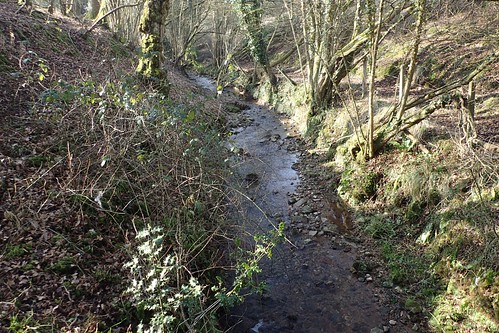 Its source appears to be a spring, only a few hundred metres north of the footbridge. It then travels south through Pit Farm and in to Blagdon Lake. 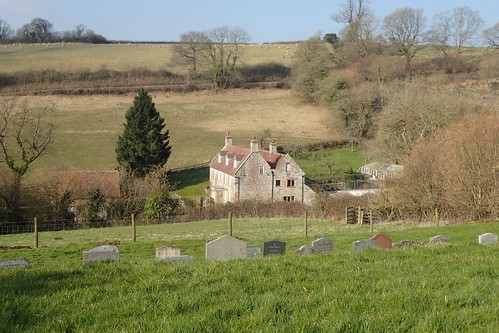 On my only previous walk through here, I remember climbing over a locked gate in my escape through Pit Farm. In the photo above, you can just see another wooden gate towards the right. That’s the official Two Rivers Way path. 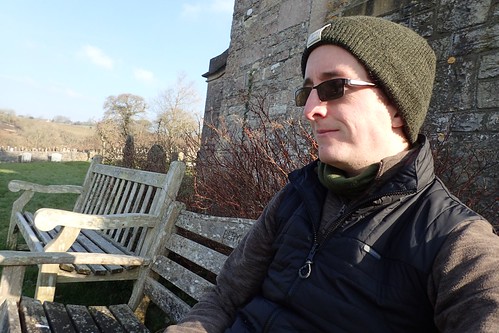 My intended route pauses at the churchyard, with decent views to the south and west, although nothing much to see beyond the surrounding hills.

I remember experimenting with my layering on this one… Leaving the merino wool at home to sweat away inside a microfleece. I’m pleased with the gilet I purchased over Christmas though. 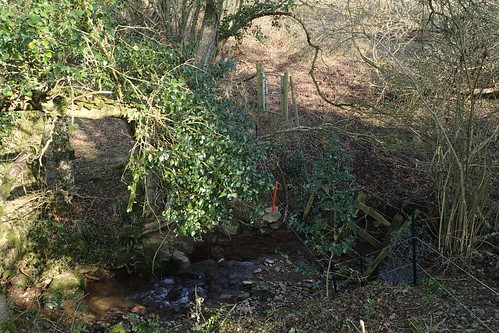 Following my pit-stop, I walk back towards the footbridge to continue along my intended route. There was the gate I’d been searching for… But, how would I cross the water? Could I have reached it from the other side? 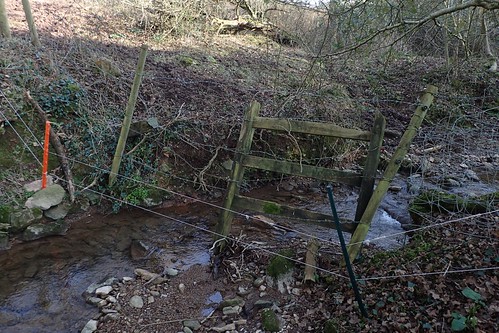 A strangled stile, caught by a barbed wire fence, implied that I was going to have to risk getting my boots wet. I was surprised there’s not even a simple plank to walk across, here. It’s certainly do-able but I wouldn’t like to try it in the wake of the flash floods that annually plague Somerset. 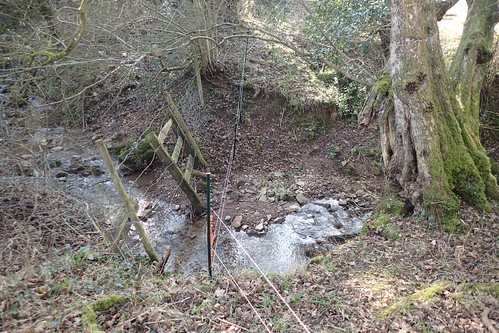 From climbing the bank, I continued on through the next field and it was at a gate-way where I was looking to pass between fields that I almost found myself very badly stuck… 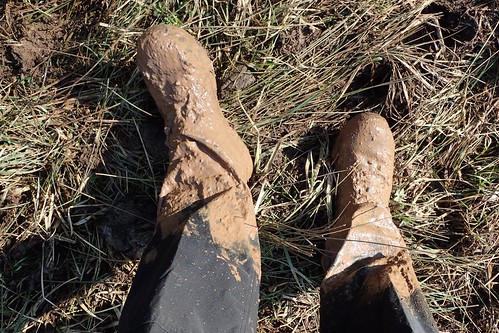 There was no way around it. Close to another watercourse, the ground here was highly unstable. Rutted by cattle in the summer months, I took one step and almost fell in, knee-deep! In an attempt to stabilise myself, my second foot met the true ground later and, seconds later, ice-cold water filled my once-leather boots!

At least I can say that I didn’t fall backwards or land on my hands. I’ve scrapped this section from my finalised route. 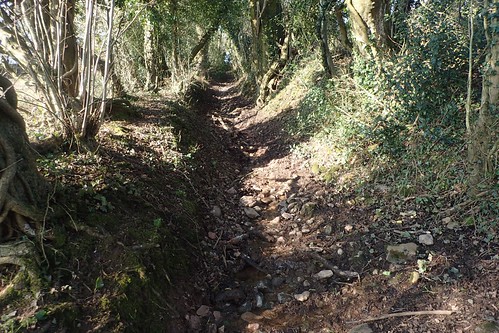 It was out of pure curiosity and determination (with a mix of mild insanity) that I soldiered on through the mud. I would soon reach the byway and follow it north past Bicknell Farm.

On the actual day, we’ll still follow this byway. But, we’ll head up the road from the church and access it from a point opposite Howgrove Farm… I haven’t pre-walked that section but, it should be fine, right? 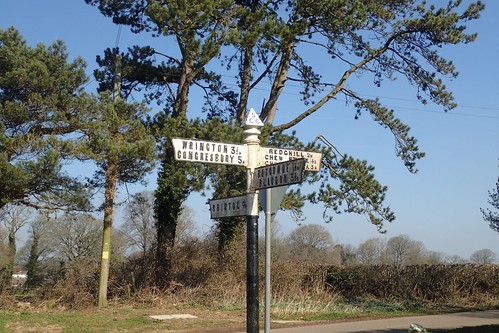 Avoiding the mud, I made my way to Row of Ashes Lane before crossing the A38. This road sign may be unique, as it shows the former spelling of ‘Regil’. I’ve no idea when or why it was changed. I think the current version is easier to mispronounce. 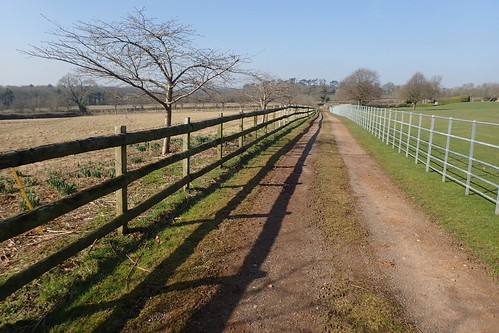 I made my return to Wrington via Redhill and Cottage Farm. At Meeting House Farm, the owners have recently installed this white fencing around their perimeter. I wonder whether people have been straying from the right of way? 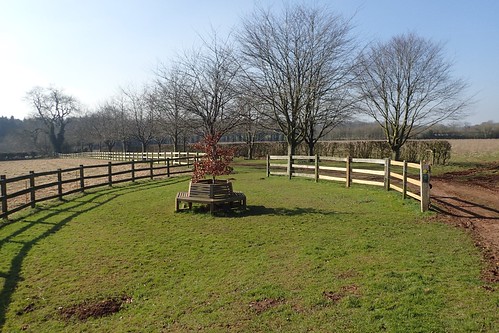 I haven’t yet decided where my lunch stop will be on this walk. Neither do I know, whether this tree-seat is permitted for public use. I normally have a good idea of where and when to stop for lunch but this exact spot may be too close to the end of the walk. 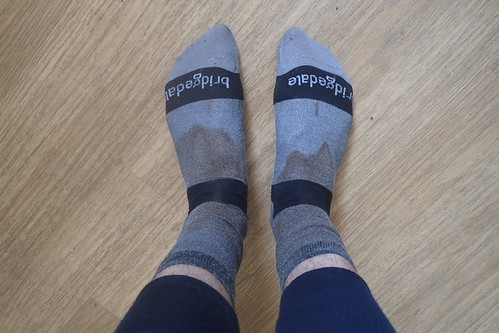 I was relieved to arrive home and prise each foot from its respective boot. Ice-cold mud had certainly found its way through to my liner socks. 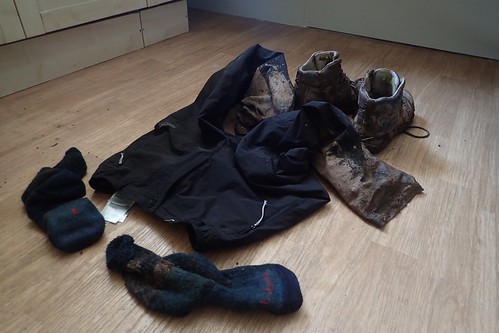 Most of the mud on my trousers had already begun to dry. I only have to add that this experience left an ‘unpleasant smell’ inside my washing machine!

Distance of this walk: 8.5 miles