This was the second walk in what will become a series of seven, enabling the completion of Wiltshire’s White Horse Trail. 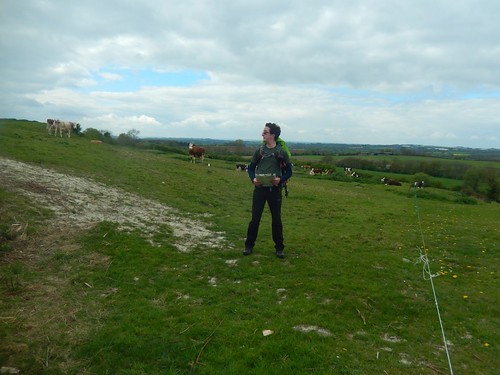 I wasn’t able to attend this as an organised group event, due to a clash with Mother’s Day. A couple of weeks later, I set off for Wiltshire on my own, during the Easter Bank Holiday Monday. 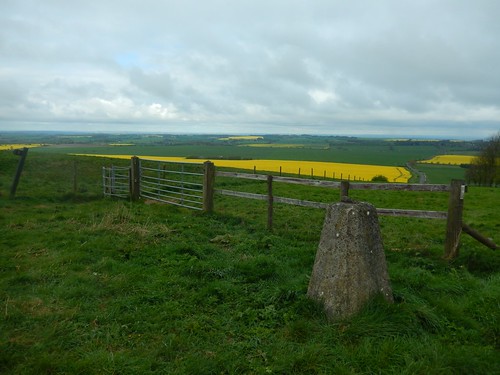 This nineteen-mile long circular walk starts from the summit of Hackpen Hill and its free car park. Upon arriving, I found a parking space beside a line of caravans – they’d probably been there overnight and, if that morning’s conditions were anything to go by, it would’ve been a very exposed and windy place to sleep. 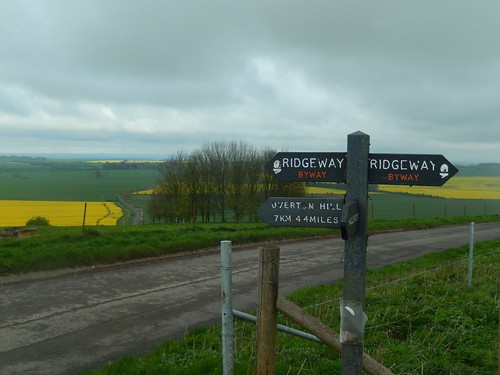 What particularly interested me about this start point is that it is right alongside The Ridgeway.  In fact, the first mile of this walk follows the route south and towards its western start point… I’m still hoping to walk the full eighty-seven mile length in one hit, this summer. 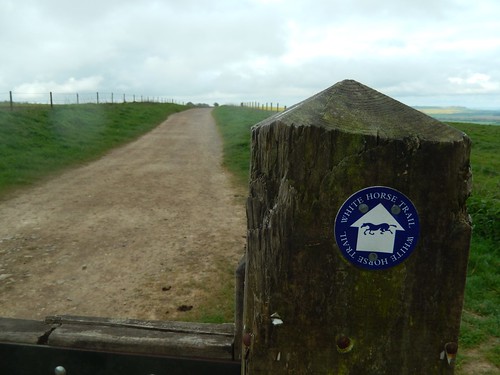 It also parallels a portion of the White Horse Trail. Hard and dry but flat and relatively straight. Motor vehicles are prohibited from using it during the winter months. It was in the same moment that I wondered; should I be intending to cycle The Ridgeway instead? 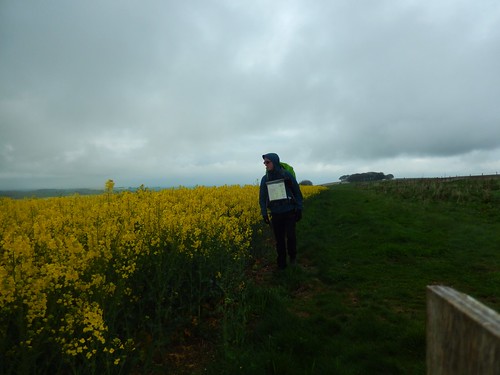 This walk was less than 270m above sea level and, to me, it felt like winter. Rain was already falling and, with my waterproof jacket, I even had my gloves on. I’d deliberately worn baselayers. A good day to stay indoors, it seemed. 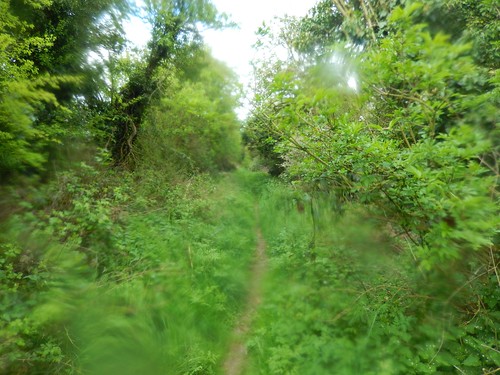 I soon left The Ridgeway and began losing height, as I continued west towards Winterbourne Monkton. My camera is very wet, here, but that’s mostly because I dropped it in the long grass. 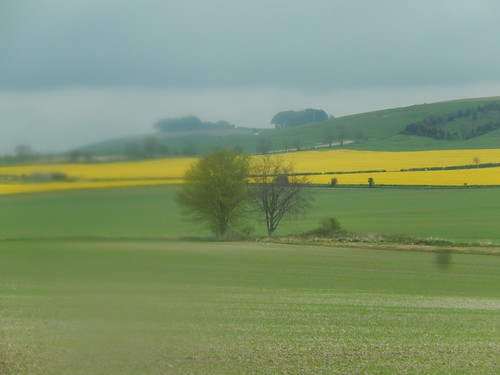 Before reaching the A4361, I could turn back and see the Hackpen White Horse on the hillside. This was the first time I’d seen it during the walk, having only previously noticed in on the drive up. 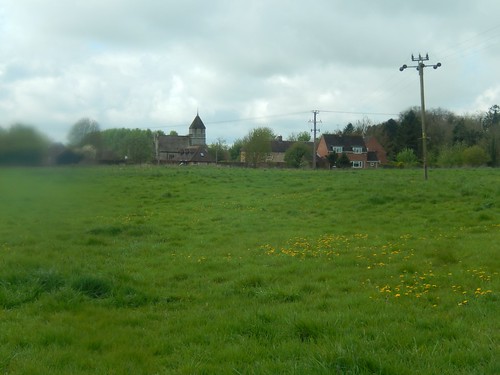 There was no real difficulty in navigating my way along this first hour. 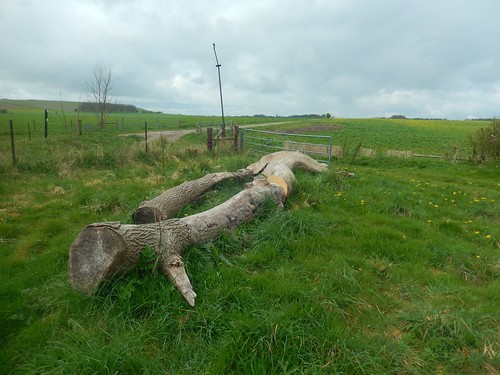 Rain had ceased to fall as I passed beyond the local church and on to what would be a long line of tracks. Very dry and hard underfoot. Not my favourite kind of walking but a ‘feature’ that is very familiar across Wiltshire. 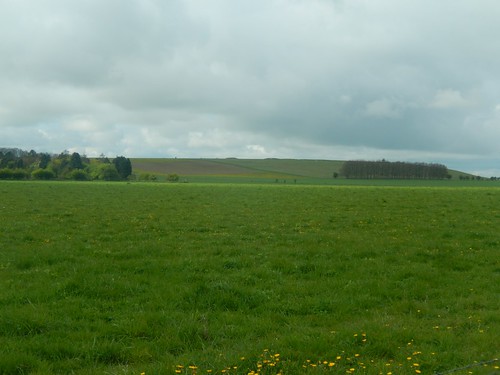 Away to my left, I could see Windmill Hill, which we crossed as a group in the previous walk. 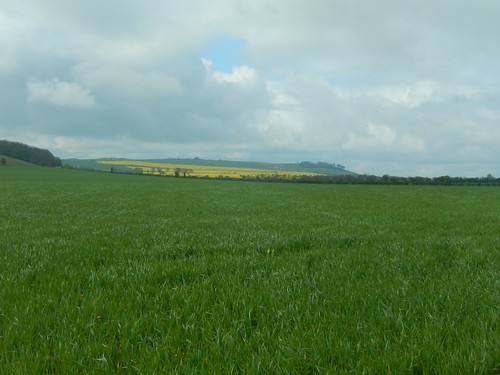 Next, on the same horizon, was Cherhill Hill and the site of the Lansdowne Monument (another highlight of Walk 1). 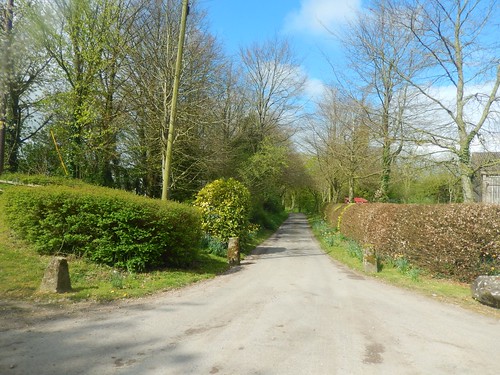 Soon enough, I felt relieved to leave those farm tracks behind and meet the quiet roads of Yatesbury, with large stones leading the way on either side.

Since leaving The Ridgeway, I’d not been following the official White Horse Trail. This section was ‘the link’ between two longer sections. Otherwise, this walk might’ve grown in to a forty-miler! 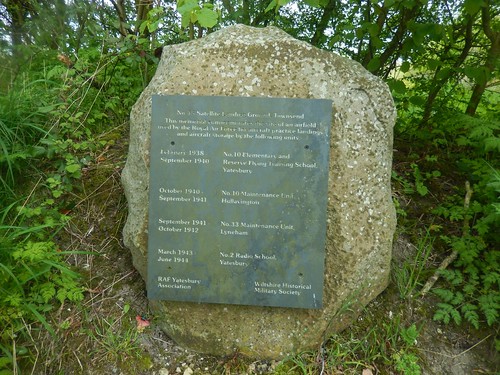 I found this plaque at a road bend to the north of the village; marking the significance of this former RAF landing site. There were also a couple of footpaths here that do not feature on the OS map, while most of the site now remains private and inaccessible to the public. 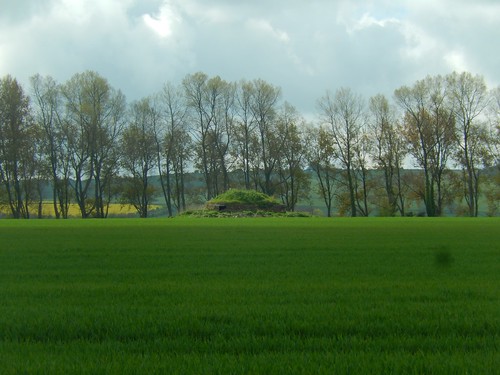 Just south of Nolands Farm, I spotted this mound in a field. It looked to be man-made, although there’s no indication of it on the map. A possible decoy bunker left over from the war? 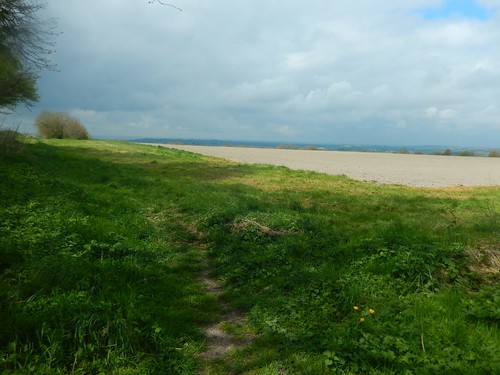 At the next cross-paths, I turned north and rejoined the White Horse Trail. This was about two and a half hours and seven-miles in. 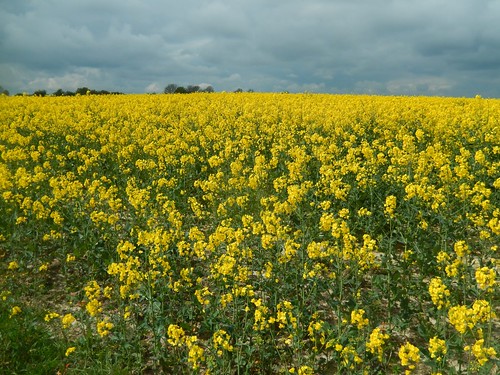 Nearing a place called Highway, I passed another walker [a proper walker; with a backpack, map and all]. Apart from a small family at the crossroads, I’d not seen another soul so far.

As ever, the fields of rapeseed illuminated the landscape. 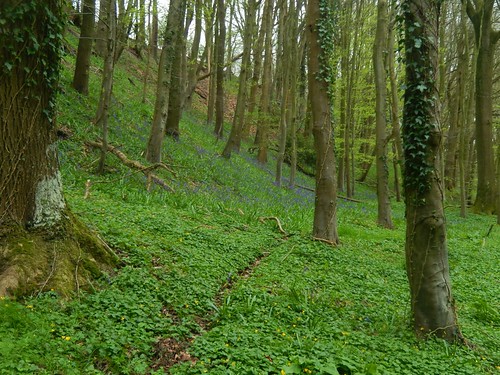 Before descending further to Highway Farm, I noticed bluebells in the woodland to my left.

There’s a discrepancy, here, between the right of way on the current map and where waymarks lead you on the ground… 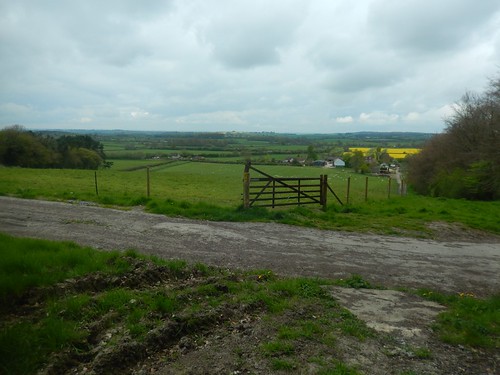 Heading downhill, I had to rely on my map as there is no hint of a waymark to be found. Therefore, I passed through the open gate, down along the field and through a pair of new wooden gates.

Turning right at the bottom, I found a fingerpost for the White Horse Trail directing you straight up the farm drive… This would not be the first discrepancy I would encounter on this walk! 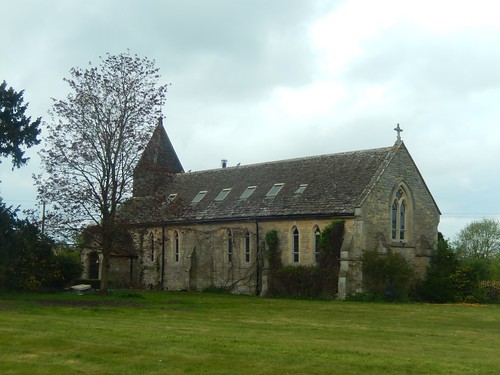 There is what looks to be an old school building or chapel nearby [it’s a former Church of St. Peter]. I couldn’t find an obvious footpath crossing these fields and instead followed the road for a short section. 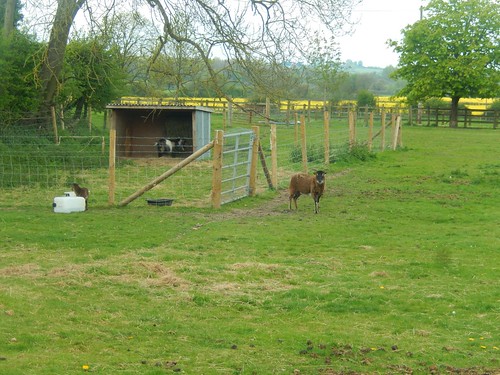 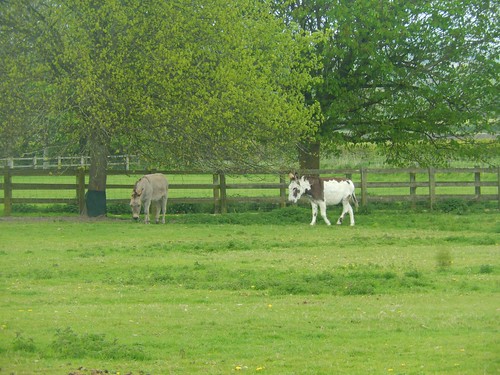 In the final field, there were goats (spot the kid) and donkeys at the other end. Who would’ve thought of pairing those two together? 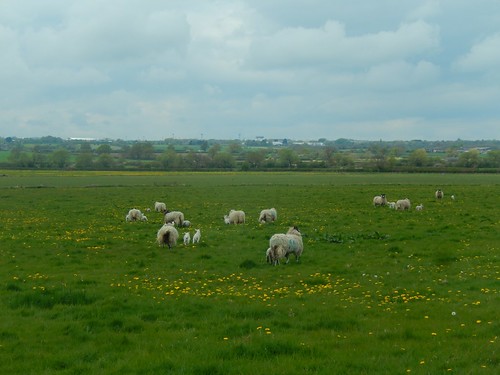 Now, I’m about ten-miles in; walking towards Clevancy with a view of RAF Lyneham away to my left.

I’ll end Part 1 here and will finish Walk 2 in the White Horse Trail adventure in a second instalment.