If you’ve been following this series carefully, you’ll know that I’ve currently walked only two of the intended seven circular walks… Officially, this walk is the fifth in the series as Jo had planned it but, ‘Walk #3’ has been reserved for the mini walking festival (later this month), due to its comparatively low mileage. 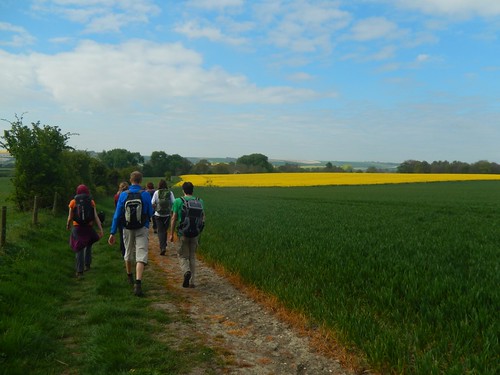 So, Walk #5… It began in a place called Honeystreet. Not a million miles from Devizes and south of the Alton Barnes White Horse.

We used the car park opposite the sawmill – which, for me, was an exciting proposition, until I realised that they only softwood and tanalised products… Nevertheless, I know of two other hardwood dealers further west. 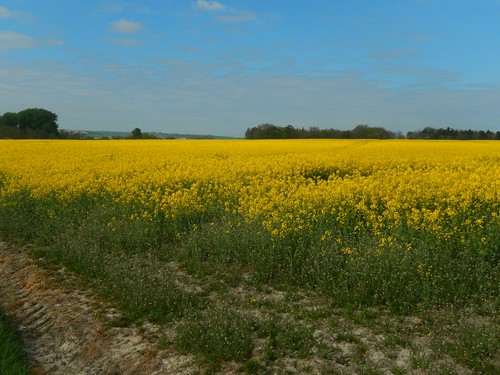 We began by walking south and away from the White Horse Trail, looking to rejoin a different stretch of it further on. Our group was in double figures and I’m certain this was the largest turnout for a White Horse walk to date.

I wonder, how many will it make it to Walk #4, which happens to be tomorrow, as I write this? 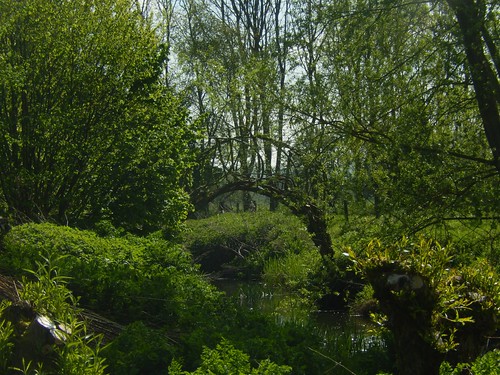 I also remember this walk as being one of those ‘first signs of spring/summer’ occasions. At least one of us felt it was warm enough to wear shorts and there was barely a cloud in the sky. 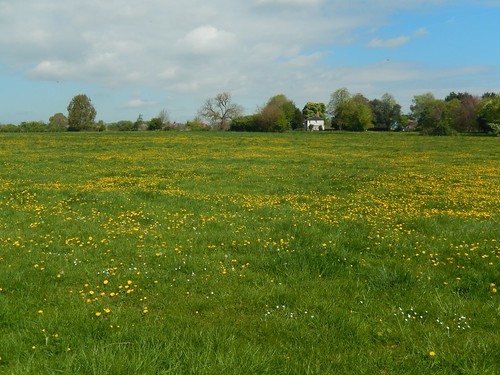 I couldn’t tell you precisely where we walked but I remember following the distant footsteps of a DofE group, over an unmarked stile and directly in to someone’s large garden… He wasn’t best pleased!

I could sympathise with Jo, having made similar mistakes myself and there was a stile providing direct access… But I’ve not made this error with the responsibility of a group in tow. I wonder how ‘understanding’ the landowner was when he caught up with the young DofE group, after we had walked on. 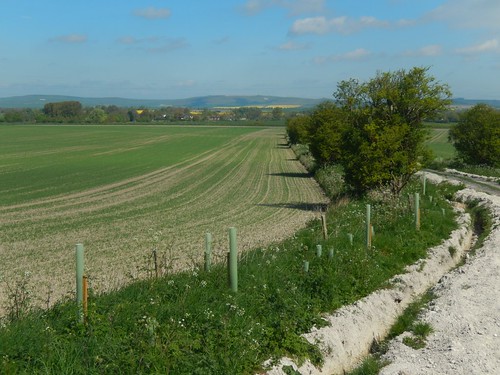 We probably passed through or beside the village of Wilsford ahead of our only ascent of the day. I’d like to believe that we were following the White Horse Trail from Charlton St. Peter But my memory suggests we crossed the A342 to climb Wilsford Hill directly. We didn’t see a trig point. 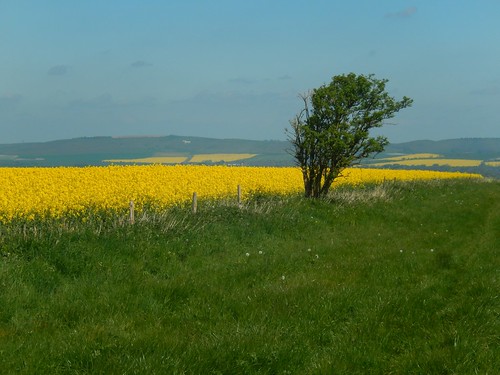 You can see the Alton Barnes White Horse, north of our location. 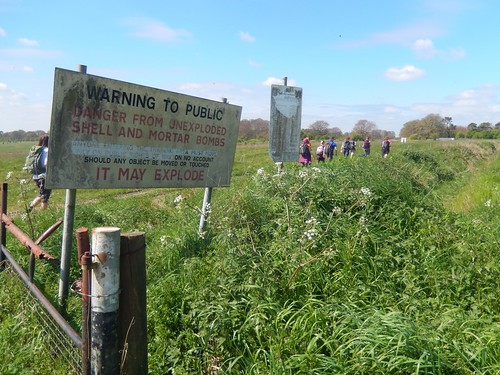 Now close to 200m above sea level, we had an easy walk west ahead of us; following the ridge that divides Pewsey Vale from the restricted downland of Salisbury Plain. 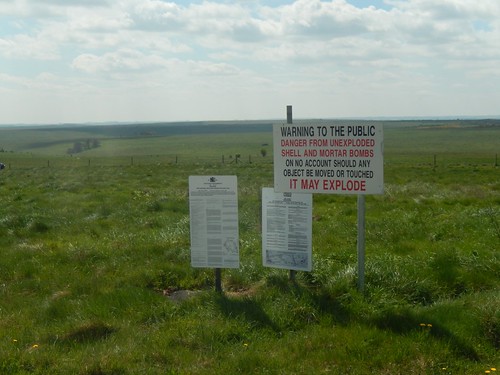 When you drive along certain roads through Wiltshire (another other counties), it can be staggering to realise just how much land is occupied by the Ministry of Defence.

Even then, I find it’s useful to step back and realise how we still have an extensive public right of way network that covers much of the UK, with many open spaces designated as open access land. 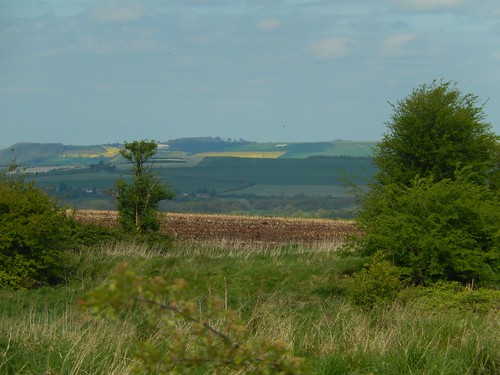 Following this ridge and giving way to the occasional off-road military vehicle, we could see a second White Horse, far to our right – this is in fact the Devizes White Horse near Roundway Hill, which was an immediate feature of Walk #1. 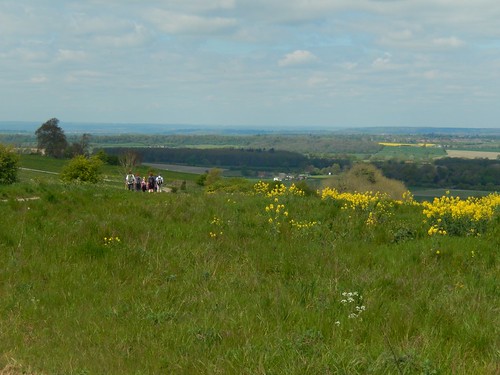 We continued our walk across Urchfont Hill before descending on a path that coincides with the Wessex Ridgeway, heading up from Dorset. 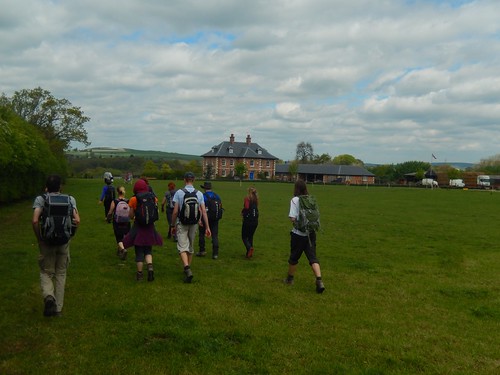 We stopped for a lunch in a field somewhere, around halfway along in our descent. A tractor (possibly housing the landowner) drove past as we sat in a field but they didn’t seem to mind our presence. 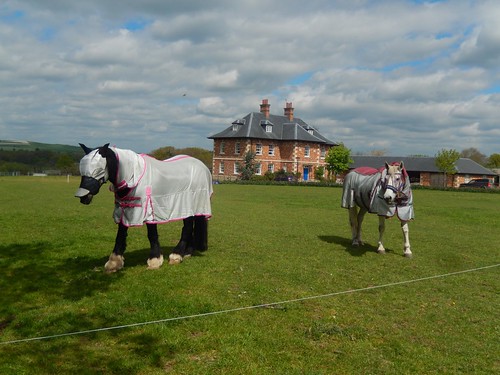 Hint: this was NOT one of the White Horses we had set out to find. Do not be fooled! 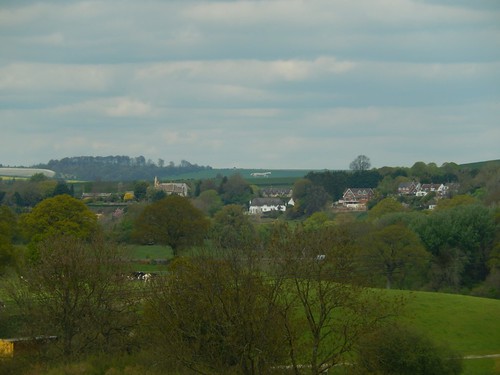 A cleaner view of the Devizes Millennium White Horse. 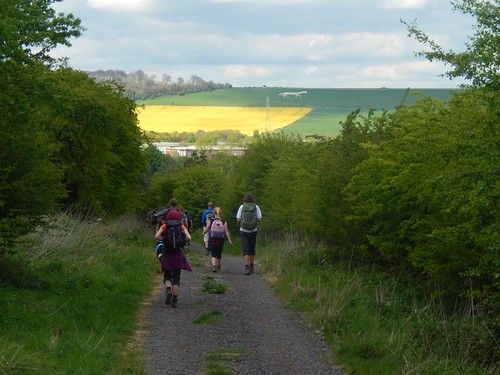 We would’ve passed through Cuckoo’s Corner, Stert and passed very close by the eastern edge of Devizes (you could hear the sound of traffic increase) before turning eastwards. 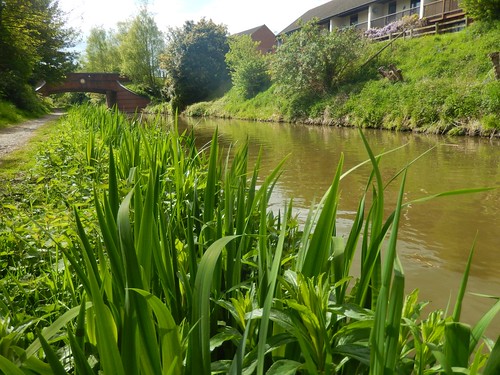 From the Kennet and Avon Canal, we would follow the towpath leading directly to the pub beside our start point. 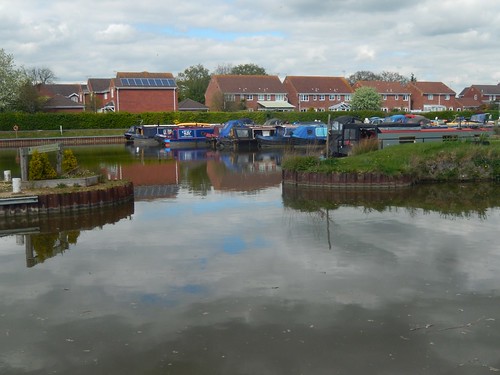 This meant following the water’s edge for a good seven-miles… I don’t normally enjoying walking such paths at the best of times but it was, for whatever reason, devoid of the hordes of cyclists with ringing bells that you would expect to find following the same canal near Bath. 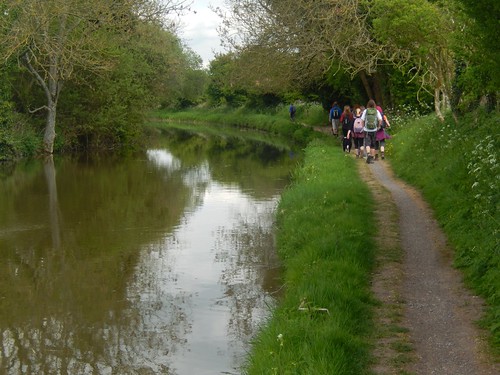 I find it a challenge mentally, to walk such a ‘restricted’ route with stationary scenery for anything more than a couple of miles. At least there was no risk of going off course. 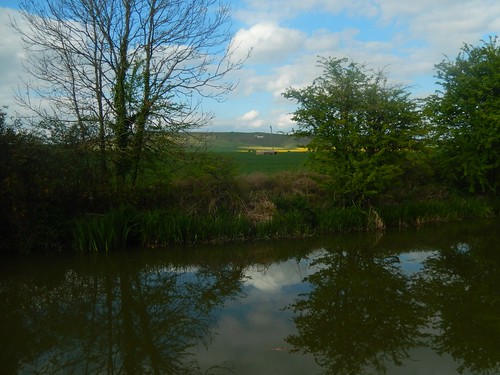 Again, we could see the Alton Barnes White Horse returning to our view – a good sign, as it meant that we were nearing the end of this nineteen-mile adventure. 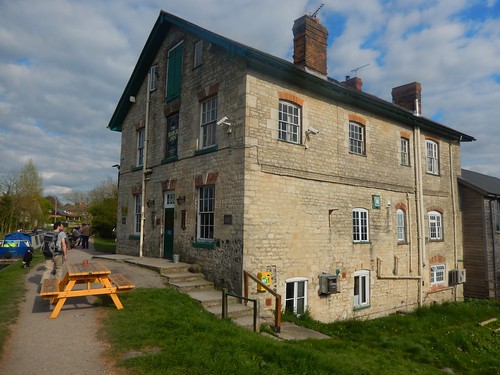 One member of our group had already steamed on ahead and probably reached the pub ten-minutes before the rest of us!

Upon arriving in the pub garden, the first act for many of us was to peel the boots and socks from our feet… I don’t know what it was about this walk but most people had even a small blister and remember a few of us struggling to walk. 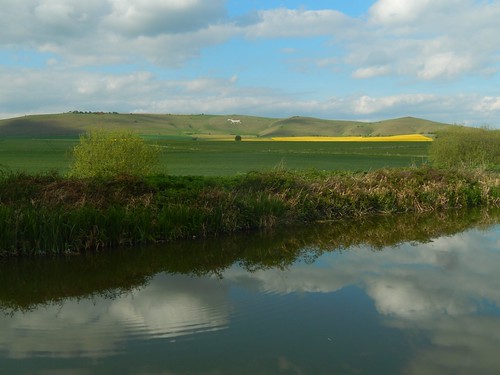 I’ve no idea how many of the ninety-mile long route we’ve actually completed but I like to think we’re now over one-third of the way through. There are two walks taking place in June with two remaining after that to complete the challenge.

Distance of this walk: 19 miles