By the end of Part 1, I’d reached the trig point (505m) beyond Bearstone Rock. From here on, I was officially walking across an area known as The Roaches. 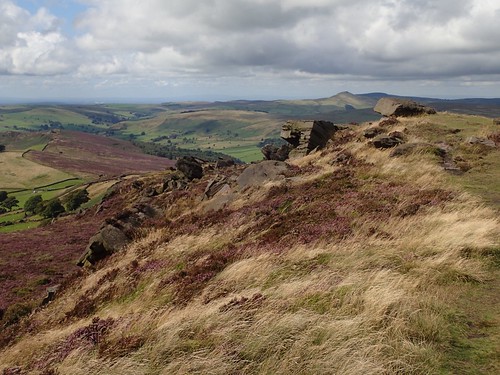 (Apparently, the name derives from the type of gritstone found here and nothing at all to do with the insect-like appearance from afar…).

As before, I’m still (attempting) to follow a route from The Walking Englishman. 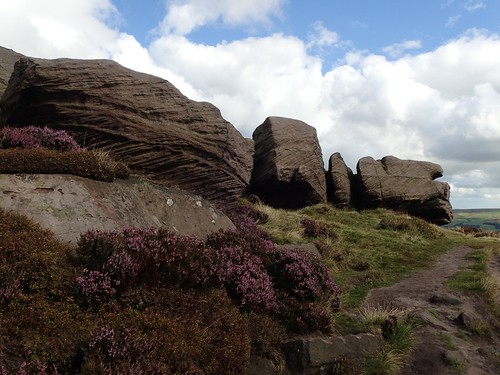 By their sheer size and scale here, the rock formations are astounding. 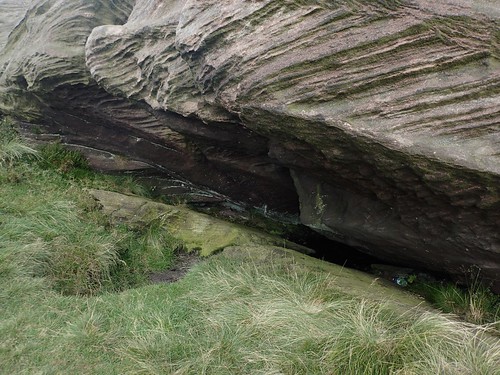 I can’t imagine how many men would be required to move even one of them. On some rocks, it’s clear to see where and how erosion has taken place over the many years. 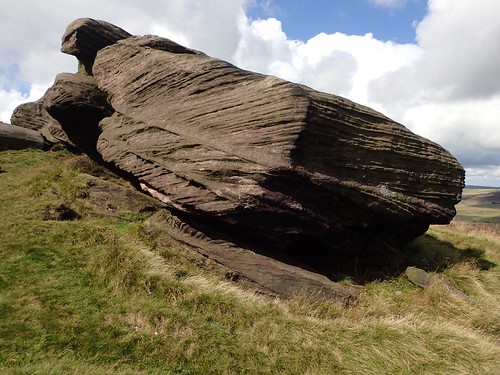 There was no question of the way forward. Just maintain height above the cliff edge, with these great rocks almost illuminating the path. 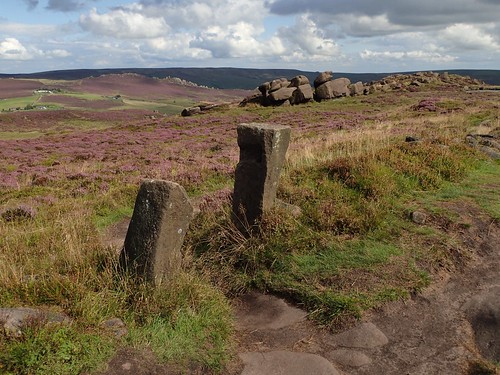 I passed what looked like an ancient gateway. Two stones almost certainly positioned intentionally and by human kind. 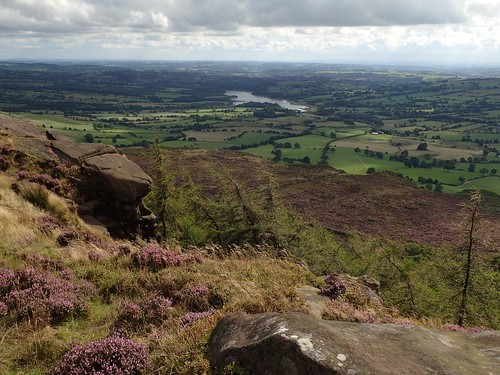 Tittesworth Reservoir is clear for all to see. I doubt it’s as well celebrated as other Peak District pools, further north in Derbyshire. 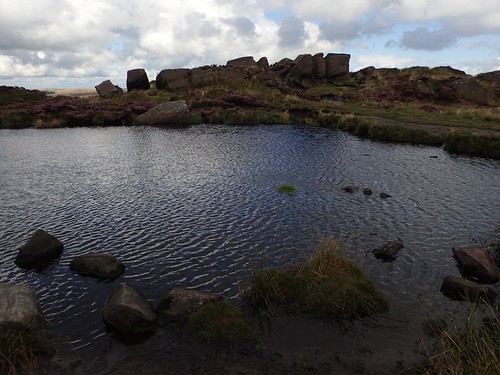 I believe this is Doxey Pool and some locals know it as the ‘Mermaid’s Pool’. 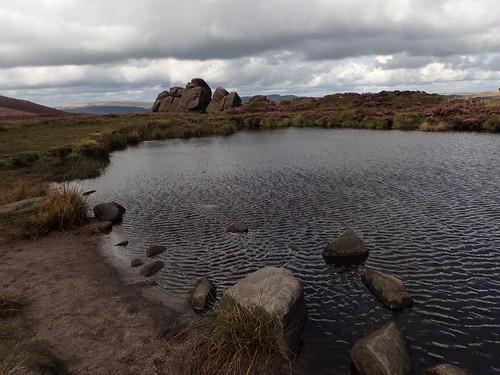 I hadn’t considered how deep it might be as I passed and I’m sorry to say that I didn’t see any wallabies on this day. But from the ripples spread across its surface, you have an idea of how windy it was.

Soon enough, I began losing height near Rockhall. I probably could’ve continued my passage along the edge of the escarpment but I more obvious (if slightly boggy) path allowed me a less intensive descent. 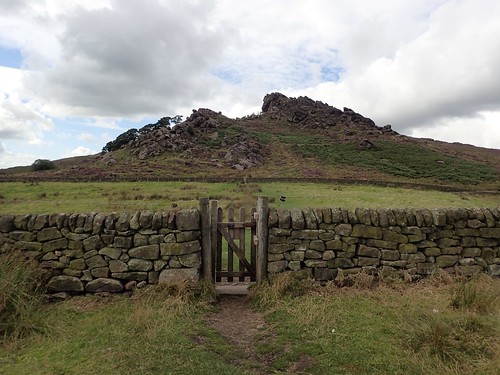 Had I wanted to save time, I could’ve turned back towards Gradbach from this point. There was a fear I might not make it to the camp site in Chelmorton by 20:00… But, having travelled so far, I decided to carry on.

Over the wall, I would climb to the top of Hen Cloud. 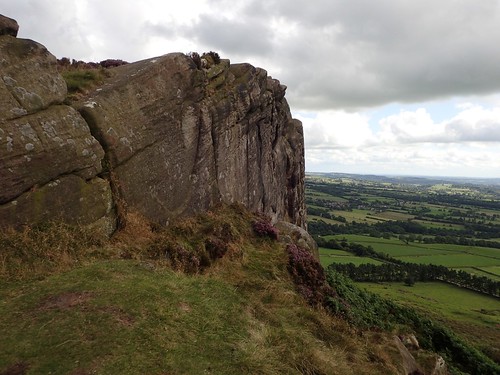 There were far fewer people at this end of the estate. 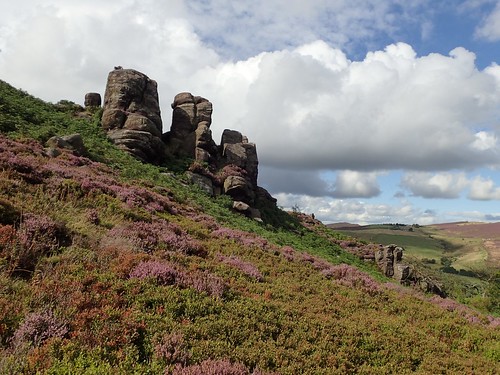 It wasn’t until I was following a slightly overgrown path down the opposite site that I encountered a group of European-sounding visitors, enjoying a rest within the woods. 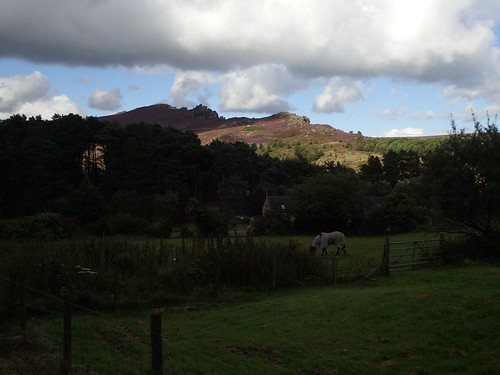 I had to rely on my map to find my way out and on towards The Roaches House. Following the driveway would then lead me to a quiet road. 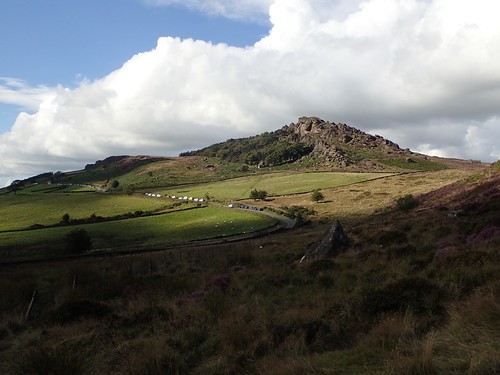 I imagine it’s no great surprise to see so many cars parked up close to what is a spectacular landscape of rock formations. Used by climbers as well as hikers and the odd mountain bikers. I haven’t yet seen a pay-and-display car park nearby and long may that stand! 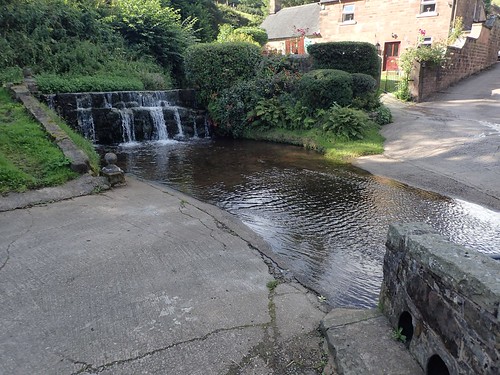 Following this road led me to the village of Upper Hulme, where I also joined the Churnet Way. I remember reading a sign here, stating the the primary school was the highest (we’re talking altitude) in the whole of the UK.

However, Flash – just up the A53 – holds the title of being the UK’s highest village.

No sooner had I joined the Churnet Way, I immediately lost it! I was possibly looking for a footpath sign too far up the driveway for Dains Mill, when I should’ve been poking around near someone else’s front garden. 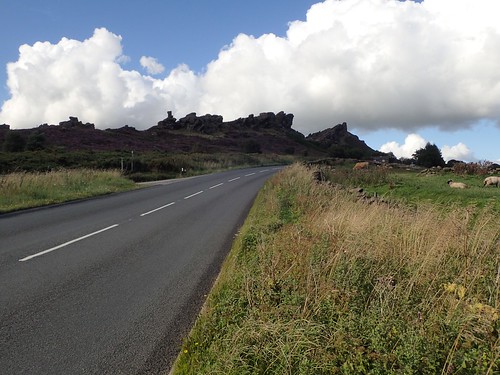 My only other option was to continue on to the A53, in hope of finding a pavement, with a climb towards Ramshaw Rocks – a landmark I had driven past on my first trip to the Peak District in September 2015. 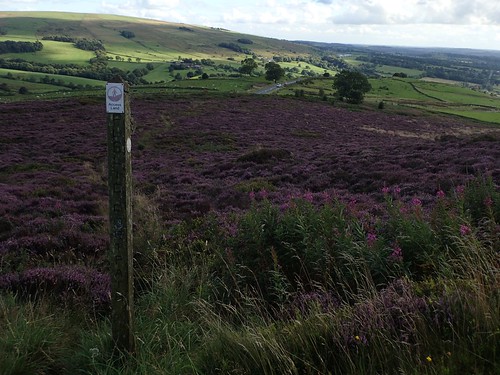 Lo and behold, I found myself jogging along stretches of pavement, in between darting off to the grassy roadside as a car approached. It wasn’t fun and, when I reached a right of way crossing access land just east of Ferny Knowl, well, let’s just say I was glad to be wearing trousers. 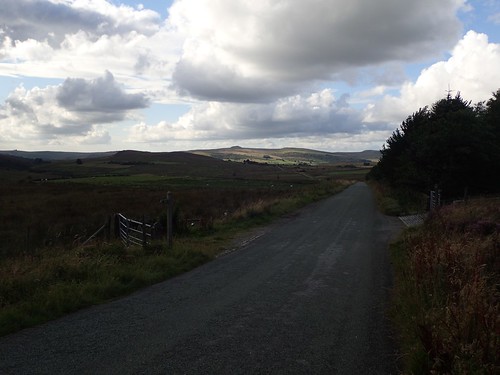 I wouldn’t follow the Churnet Way through Ramshaw Rocks and instead, sticking to The Walking Englishman’s road-walking respite.

There were no great navigational issues between here and Gradbach. Although, I was feeling pushed for time. I almost put a foot wrong in boggy conditions, with cows blocking the path near Cloughhead.

En route to a farmyard beneath Gradbach Hill, a French family emerged from nowhere [well, they weren’t on a right of way] to ask for directions to Lud’s Church… This was about 19:00 and the chasm was about one kilometre away… I offered directions that mostly followed in my footsteps but, they were soon out of sight and, for all I know, they didn’t even survive the herd of cattle! 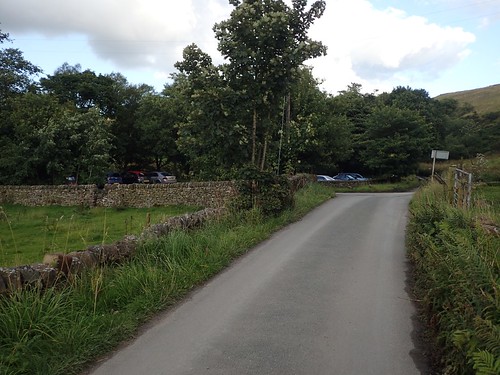 Soon enough, I was back at my car in Gradbach, with few other motor vehicles remaining. One had French number plates, hence my earlier presumption.

I’d have to jump on the A53, head north to Buxton, find somewhere to park, a cash point and then back down to the road to Chelmorton… All of which was achieved by 19:45! Meaning I wouldn’t have to head out again and hunt for a Premier Inn! 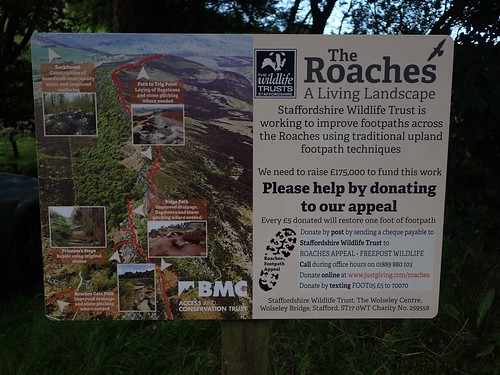