By the time we all arrived and parked our cars in Saundersfoot, everyone had packed up in preparation for the drive home to Bristol.

Of course, we were going to squeeze a walk in before then! A couple of options were available and I had signed up to co-lead a walk of around eight miles. 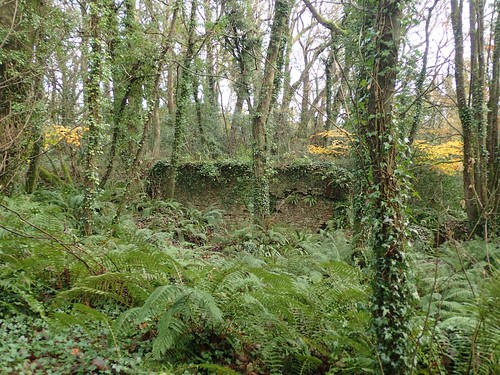 This was a route that Nick had found online (if I could find it again, I’d share it with you). We hadn’t met before but had both volunteered to lead or co-lead a walk over the weekend and were paired together. He seemed quite happy to be the leader while I trailed along as the ‘back marker’, taking many photos along the way.

We’d all arranged to park in the pay-and-display bays next to Saundersfoot Library. Work is currently being done improve or expand on this area, to our fortune, the only ticket machines were far beyond steel security fencing. So, we parked for free

I’m glad Nick was happy to lead this as the first few miles followed pavement and crossed roads. I really do struggle to navigate my way through built-up areas using a map – sometimes, a scale of 1:25,000 doesn’t offer enough detail. 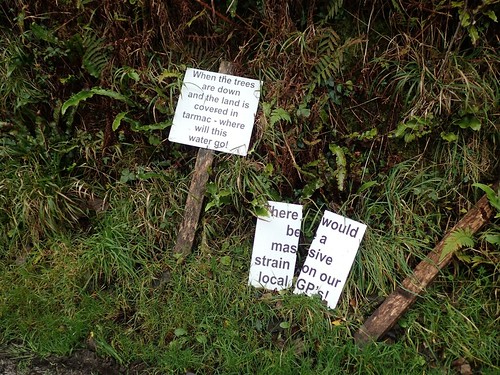 Eventually leaving the tarmac, we passed Priory Farm before following the woodland track beyond the ruin of a watermill, which you can just see in my first photo.

We’d cross over the A478 again to pass Lady Park, where we found the signs you can see above. They didn’t make perfect sense to many of us. Except for those who spotted the third (or first) sign 100m back, which detailed plans for housing development and expansion in the area (something which is currently a threat to many parts of the UK, as the goverment fails to tackle the housing issue sincerely… 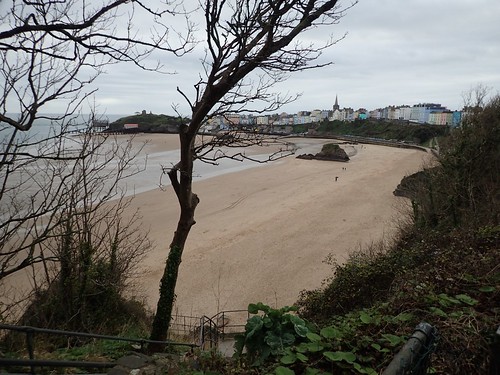 We joined the Wales Coast Path overlooking North Beach. We didn’t quite get to see the pier or Castle Hill. Funnily enough, I’d parked along the road we were now stood on two nights earlier, when a few of us went for a pub meal. 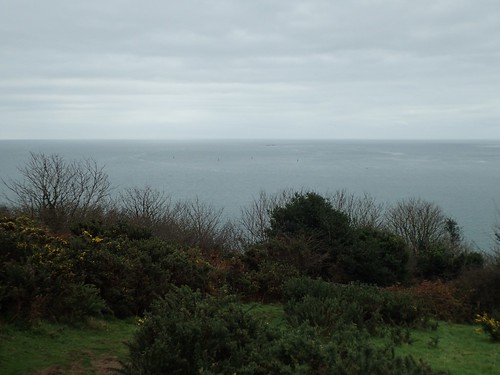 Looking east towards Carmarthen Bay, you could see trails from the yachts making waves at this time. Beyond there, you may think there was nothing and for many miles… 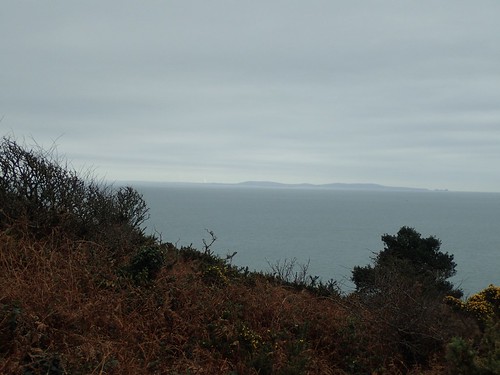 That could be the end of the Gower Peninsula. In itself, that’s only a two-hour drive from Bristol. Yet, here we were in Pembrokeshire, perhaps feeling a long way from home. 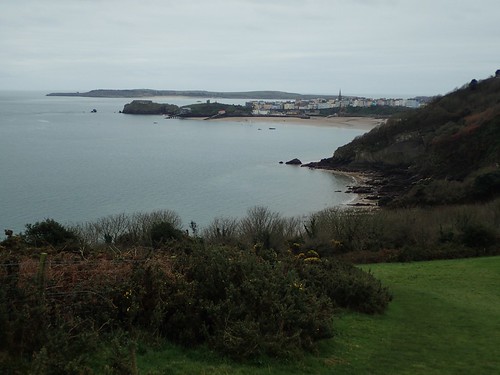 Leaving the edge of the town, we’d continue north along the coast path, as the gradient began to increase. Every now and then, I’d look back for a final glimpse of Tenby; with its coloured buildings in contrast with the Pembrokeshire coast. 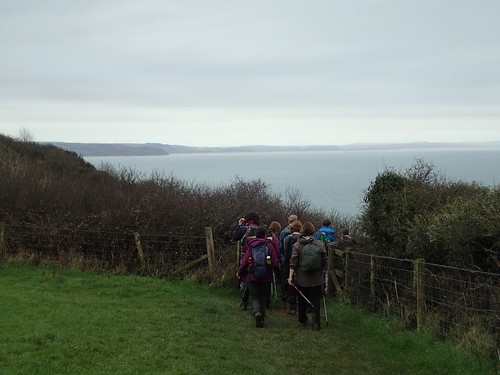 When I was asked about walk leading for this weekend, I was looking in to creating a route closer to Amroth, which would’ve followed the coastline you can see in the top of this photo, along Carmarthen Bay. 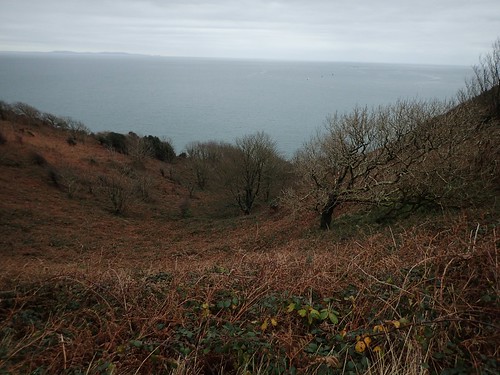 There were a couple of points on this walk where we really felt our hearts beat faster. Lodge Valley, with its calf-crampingly steep but stepped ascent, was perhaps the most memorable. 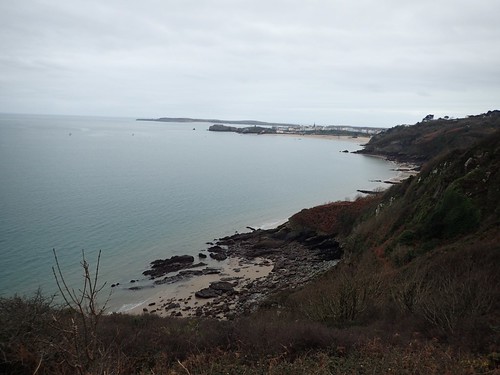 Sometimes, the UK coast paths can be cruel. But your physical pain is always rewarded with the views. 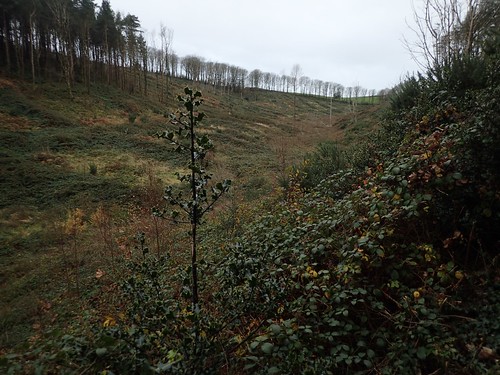 Maybe this was the image I took of Lodge Valley. 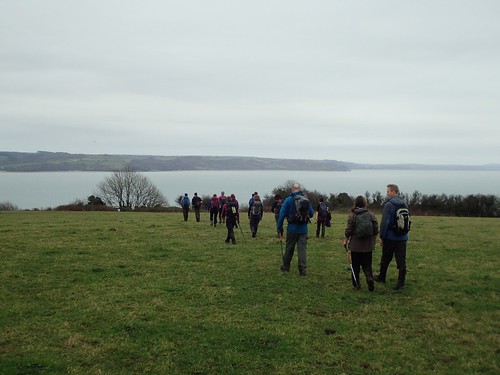 We made our way up to and across Monkstone Point. There was a moment where those of us in the tail end became detached from the first half of the group and it took a few minutes for us to catch up. Fortunately, we were following the Wales Coast Path and it is well marked. 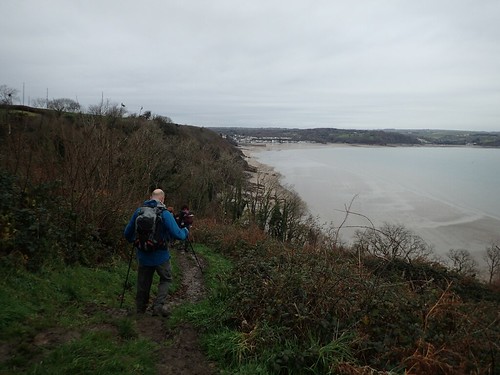 After this, we’d descend on to the beach at Saundersfoot Bay. 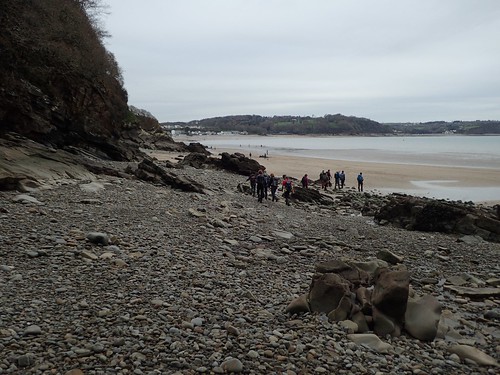 Rugged but with sand. No dead jellyfish. We stopped here for our lunch, sitting on the rocks. 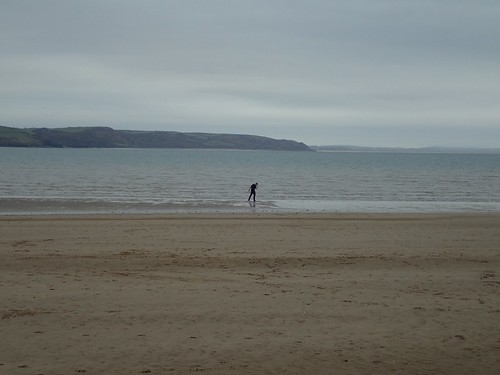 Dave wasn’t singing; he went our for a paddle. Probably well deserved, after darting back and forth on the hunt for local GeoCaches. 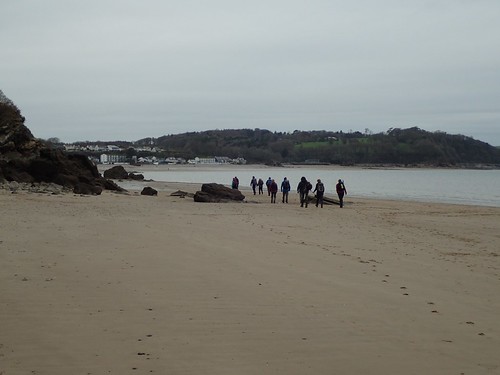 There really wasn’t far to walk from here, before we would return to Saundersfoot and rediscover our cars. 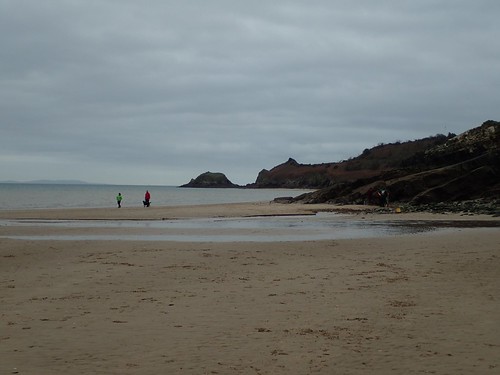 This was mid-November but there were many other people around. 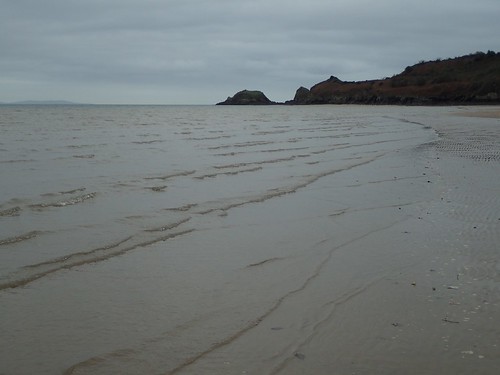 So, it would’ve been around early-to-mid afternoon and the tide was coming in. We were in no danger of being cut off but it seemed quite early in the day. 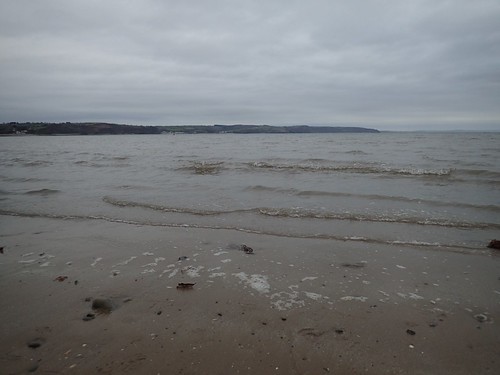 Maybe it’s common in this area and at this time of year? 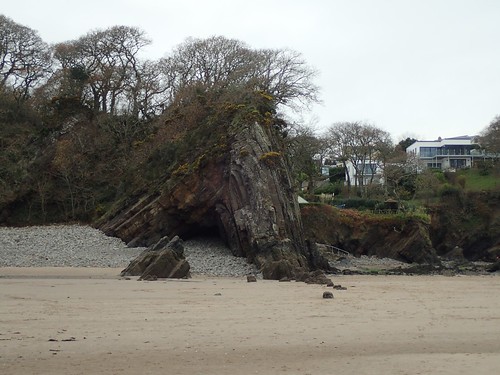 Interesting rock formations towering over the beach. I’m not sure which one I’d rather live in. 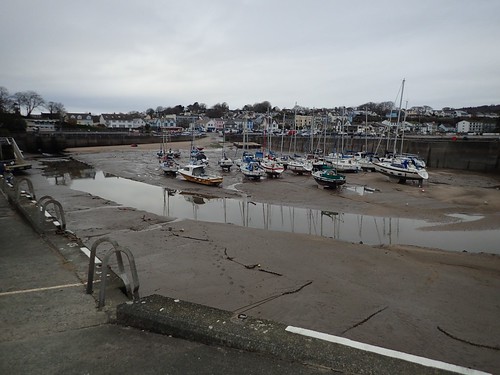 We passed the harbour before returning to our cars, changing shoes and overcrowding a local fish and chips bar for… Something to drink! I guess the yachts sailing out at sea also have to consider the tide times and can’t necessarily say ‘let’s give up and go back to dry land’ if they get bored after an hour. 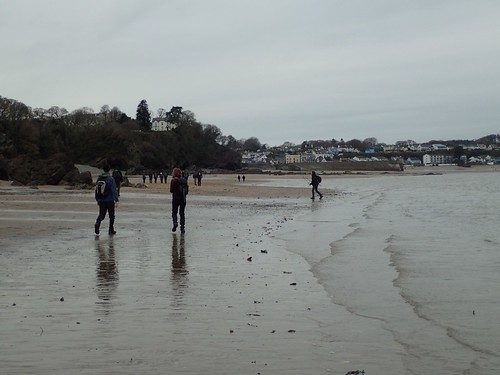 I remember feeling extremely tired on the drive home. It was such a bore, following the M4 for so many miles. By the time we left Saundersfoot, the day was already fast turning in to a winter’s night. Plus, it wasn’t dissimilar to the drive back from Swansea Valley at around the same time but seven days earlier.

Four days of walking in Pembrokeshire and I’d walked close to forty miles in all! It’s almost disheartening, to think that I probably spent less than half that time following the Wales Coast Path but, that’s the way it goes and I did enjoy the whole experience. I’m already looking forward to going away with the group again in November 2018.

Distance of this walk: 8 miles