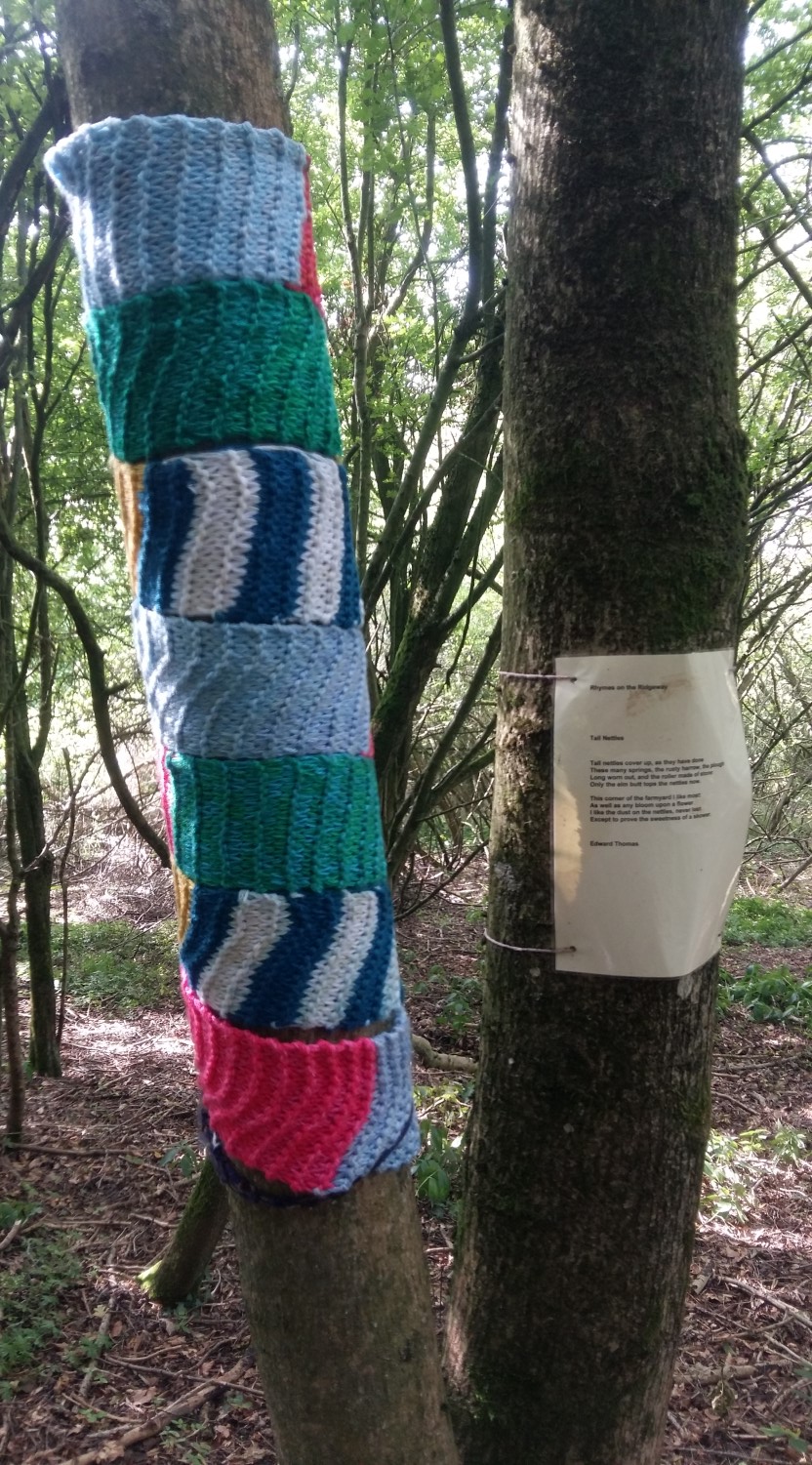 During my final two days of walking The Ridgeway National Trail (between Watlington and Ivinghoe Beacon), I encountered a number of poems affixed to individual trees, with a multi-coloured textile, almost like a scarf, wrapped around the trunk.

I don’t yet know what the significance of this is or how long they’ve been there. Given the good state of colour in the weaved work, I’d assume it’s relatively new.

I’ve decided to share images of these findings with you. I won’t add much more. 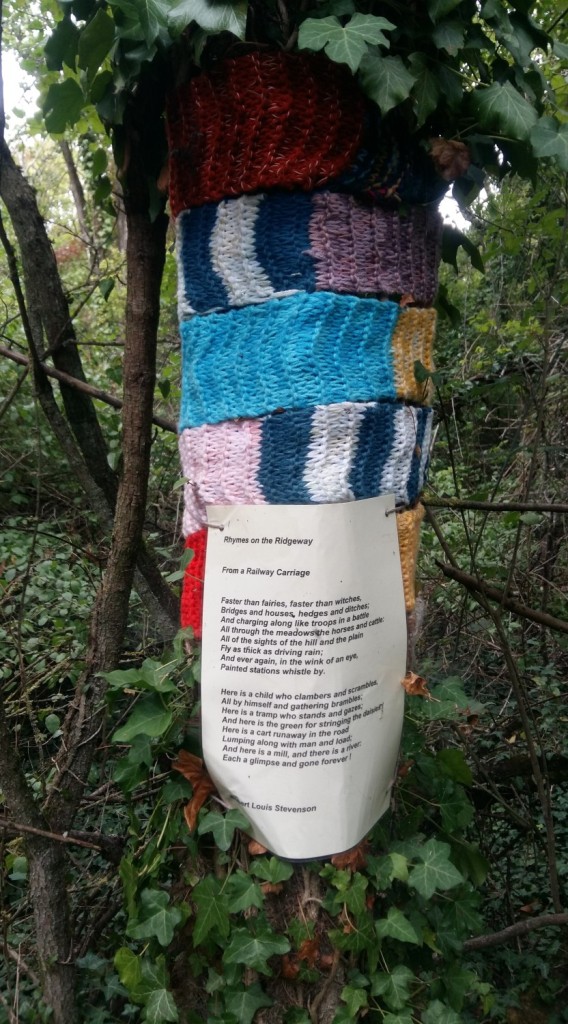 This final one makes a reference to HS2:

High Speed 2 is a planned high-speed railway line that would directly link London with Birmingham and then Manchester and Leeds further north. Currently, I do not believe that a direct line between two significant cities exists.

While one can see the advantages of having such a line of transport available, it does appear as though it would cut through Wendover and Princes Risborough; undoubtedly crossing The Ridgeway path at some point.

For us walkers, I would imagine we’ll be looking at some form of crossing point – maybe even a raised bridge. I hope that a diversion from the historic route would not be necessary.

But for people living in these quieter places, I’m sure it can be seen as a potential disruption.

It will be something to look out for in the future. Along with any further additions to the Rhymes on the Ridgeway series.