Here we are now, officially in a ‘Lockdown’ situation in the UK. While I have this time on my hands, I thought I pay a bit more attention to my blog and write about one of my most memorable walks from 2019, which took place towards the end of the year.

(To read about my pre-walk of this route in August of the same year, please follow this link.) 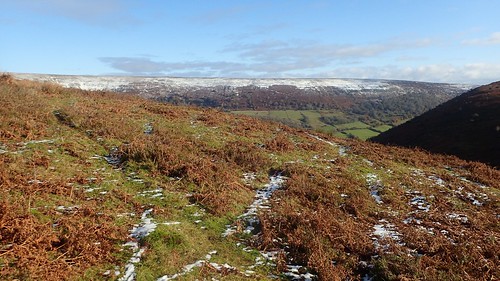 This was a group walk I’d organised; having completed the pre-walks months earlier and taken the decision to postpone the date I’d scheduled in October, due to bad weather. With the temperature having plummeted further in the weeks since, I wasn’t expecting many to turn up.

We took only a couple of cars from Bristol (as far as I can recall), while a number of others had decided to make their own way to the free car park beside Llanthony Priory. 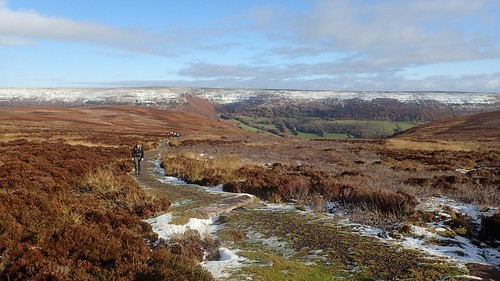 It was sub-zero at around 10am as we all congregated and booted up. Those cold feelings wouldn’t linger for long as we followed the Beacons Way steeply up Cwm Bwchel and on to Bal Bach. 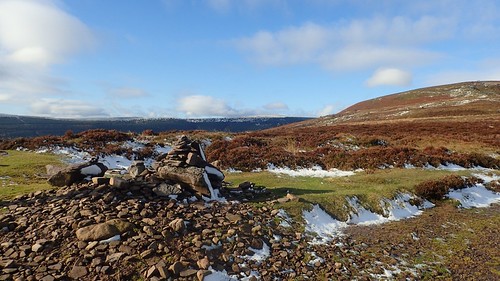 I’d previously led the group past this stone cairn in July, on a longer circuit from the north, where we then descended west and in to the Mynydd Du Forest. 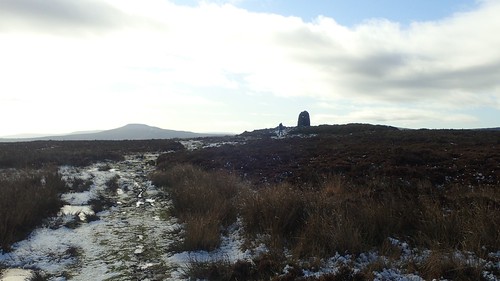 It was as cold as it may look, now standing a good 500m above sea level. We followed the Beacons Way south to the beehive-esque cairn of Garn Wen. Some used the structure as a break from the cold wind, while we paused briefly to refuel. 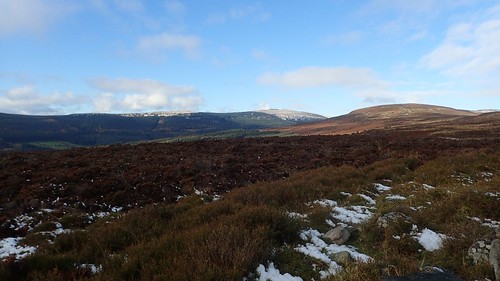 This wasn’t my first time leading this group through snow on the Black Mountains – although thankfully, the conditions weren’t nearly as severe as that previous occasion! Waun Fach and Pen y Gadair Fawr, across the next valley, were highlighted by the snow, in an otherwise darkened moorland scene. 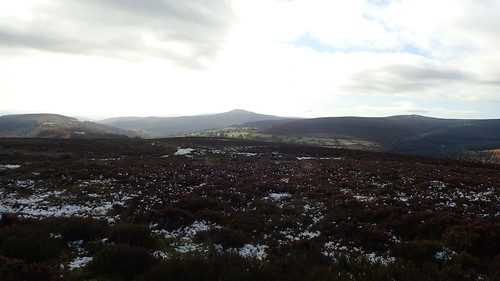 Sugar Loaf in silhouette, beneath clouds that would soon give way to the centre of our Solar System. 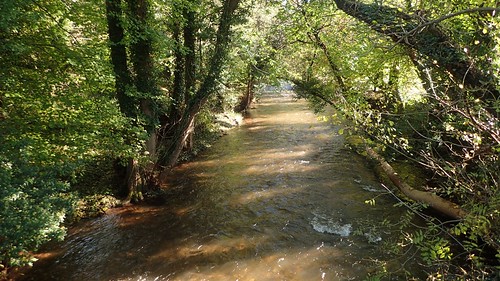 After briefly losing Matt [we had a spare!] in our descent of Llanthony Wood and, having left the Beacons Way, we would cross the Afon Honddu and follow the roads most of the way in to Cwmyoy.

During my pre-walk in the summer, I’d only admired this wonky Church of St. Martin from the outside. 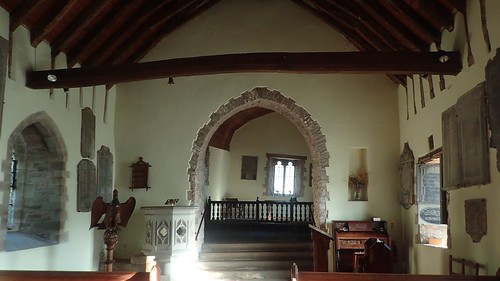 In turn, we each seemed to make our way inside, having occupied a wind-free space outside for lunch in the winter sun. 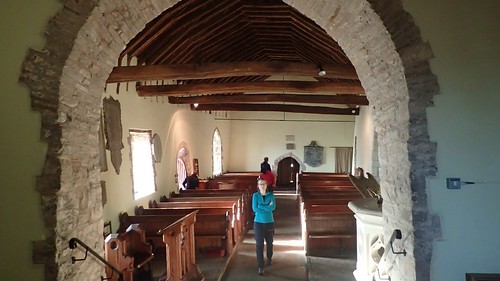 You can see for yourselves, just how surreal this interior is! Stand from the altar and looking back down the length of the building, I felt a bit dizzy and you can also feel the gentle tug of gravity down to your left. 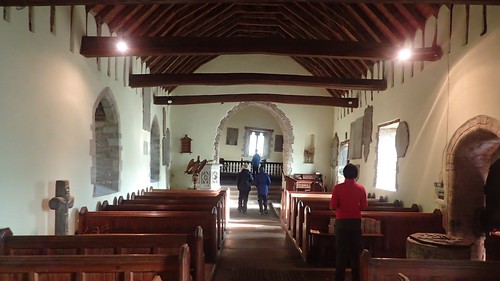 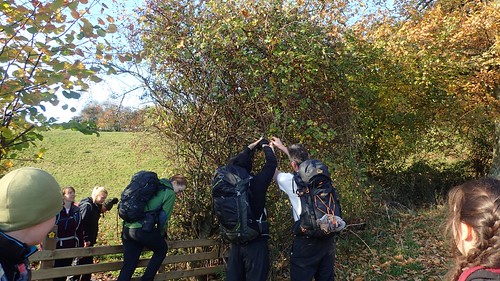 A few fields on to the east and most of us scaled the stile between two fields, slightly scathed from the overhanging brambles, which were soon cut back when one member (the Matt we didn’t lose) broke out a folding pair of secateurs! 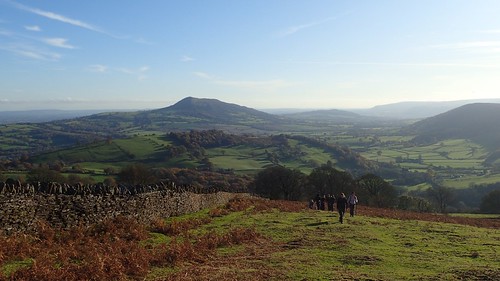 Meandering our way towards the climb of Hatterall Hill from the south, we would rejoin the Beacons Way (and Offa’s Dyke). But this time and with the sun riding high, much of the snow from this half of the walk had already melted. In the distance, you can see Ysgyryd Fawr. 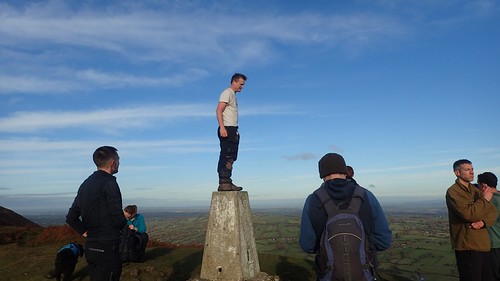 At 464m above sea level, we found our first trig point of the day, while Dave (who never gets cold) decided to climb to the top (something I’ve never been brave enough to do). 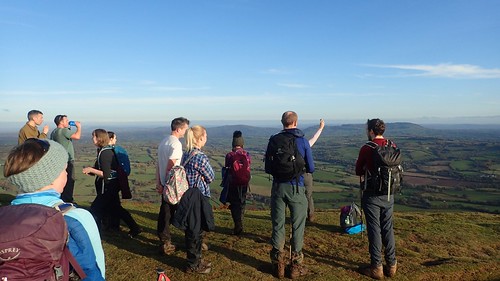 It was a great achievement to have come this far, on a cold but sunny day and a route that was anything but easy-going. These views across a green Herefordshire were stunning. 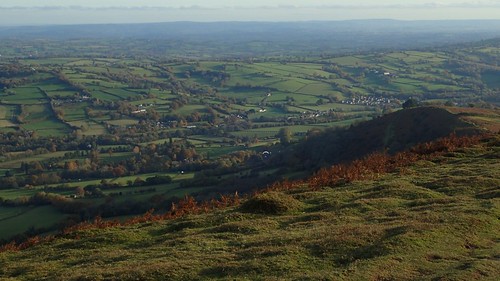 We’d passed one guy preparing to take off before spotting a small group of other paragliders, heading for a destination far beneath us. A very different way to descend a hill to the method we’d be using! 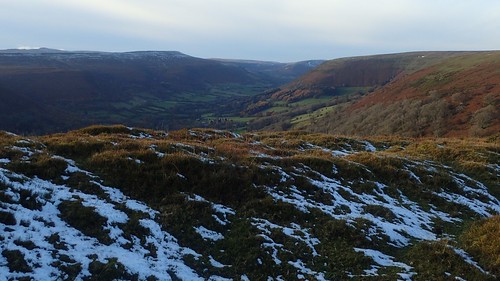 It was around 15:00 and we weren’t quite done. As we climbed higher (albeit more gently, now), the temperature began to drop. There was a crunch beneath every step as we discovered ice along with remaining drifts of snow (and a small group of female walkers who didn’t seem to know where they were going). 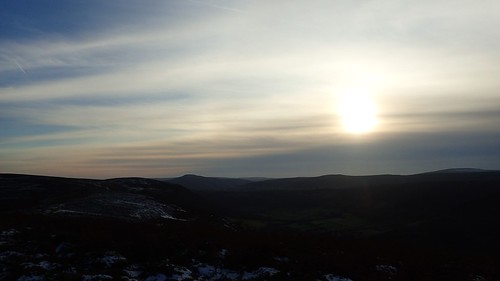 But there was still one more trig point to bag… 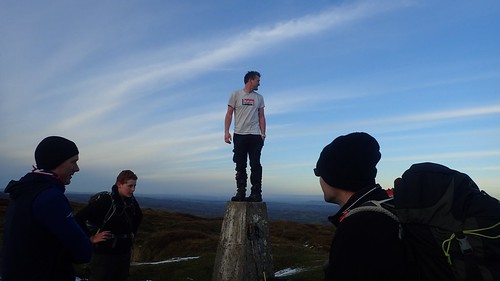 At 552m above sea level, this was the highest point of our day. Llanthony was in the valley beneath us and to the west. Once Dave was finished with his pose, we’d backtrack briefly to follow a direct route to the cars and passing the popular ruins of Llanthony Priory. 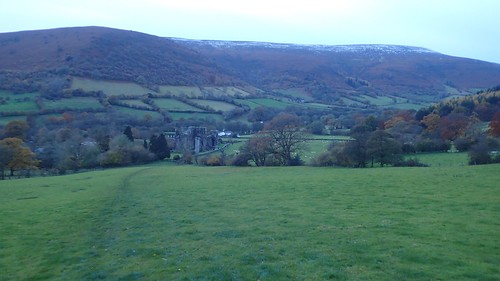 Everyone enjoyed the experience and recounted it as one of their best experiences of the year! I was pleased to have led a trouble-free group walk in the Black Mountains at this time of year, even if one person had gone home with cold and soggy feet. Another plus was in my decisions to share my baked goods in the car park at the start; fuelling everyone for the immediate ascent while saving myself a few kilograms of weight in the backpack! 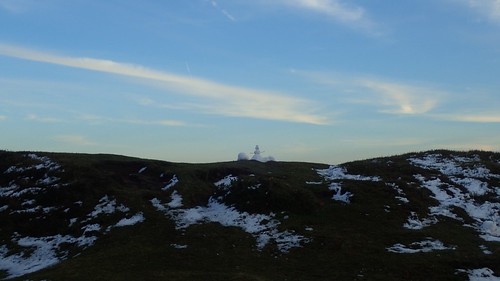 It wasn’t quite Christmas but… It could have been.