This walk began in Priddy; an area I know quite well and love to explore, for the fact it’s typically one of the lesser-populated sections of the Mendip Hills on a typical sunny Saturday. 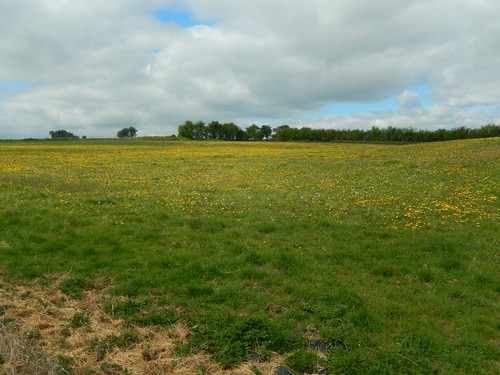 In the company of a friend, we were following a route from the first Walk West eBook. I’ve walked similar routes a number of times but I also wanted to tick this one off and share the experience.

We parked outside a building that used to be The New Inn. There’s a gravel area close to a brand-new bus stop-style wooden shelter. We very literally nabbed the two remaining spaces, while having to negotiate an inconveniently parked horsebox. 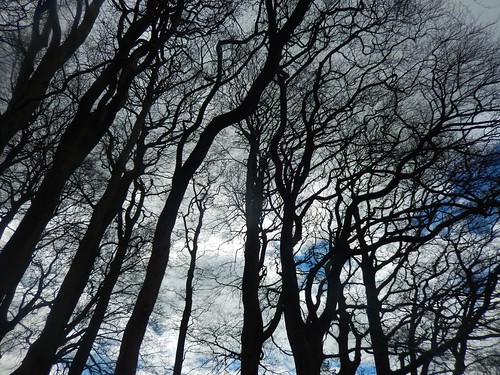 Our walk proceeded south along Pelting Drove; soon to descend from a height of around 250m above sea level. Blue sky was present but a cold wind held on to the advantage. 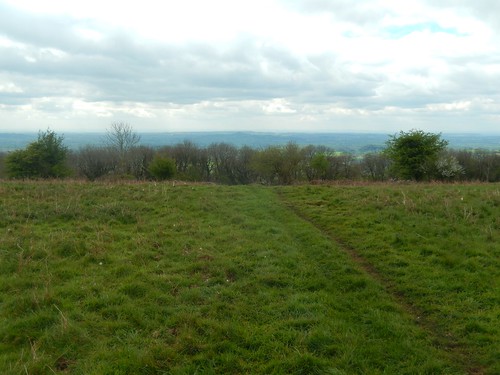 We turned left along Dursdon Drove, with a hesitant lone walker soon following in our lead. Beyond Ebbor Grove Farm, we turned right to cross stiles, fields and to apprach the nature reserve of Ebbor Gorge from its northern entrance. 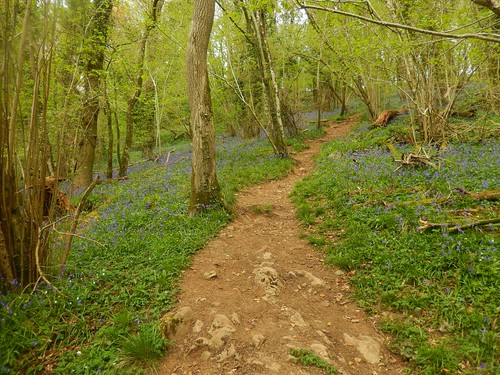 I don’t often walk this way on my own as the descent through the woods can be slippery and uneven. But clearly below, you can see why I was pleased to be walking through during the spring: 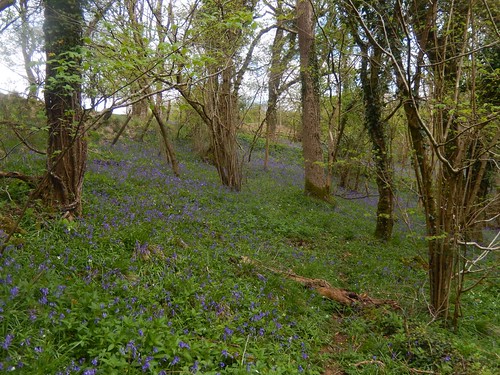 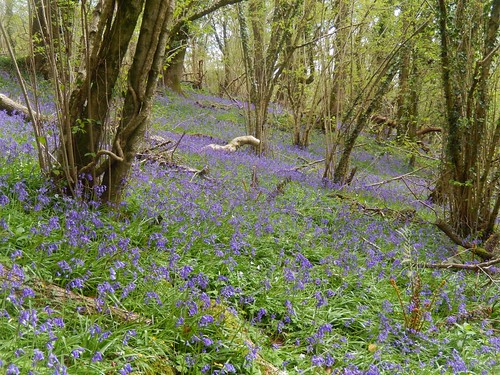 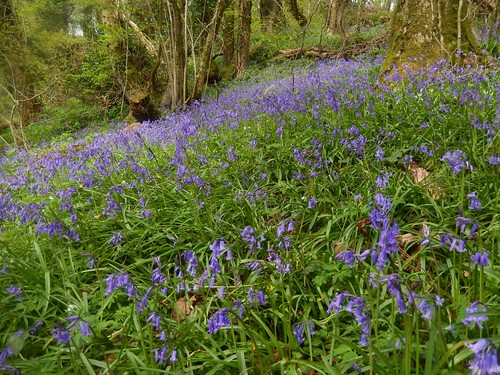 Of all the places the find bluebells on the Mendips, I would never have considered looking here. But what an extraordinary discovery! I can’t imagine it’s very well know and it’s a fair walk from the nearest road or car park. 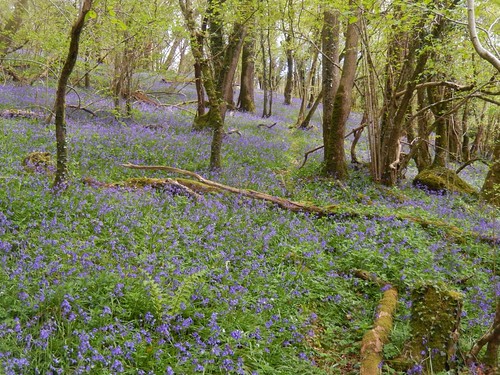 At a junction ahead, we continued straight on to another junction with the West Mendip Way (my usual path) to continue on to the viewpoint, looking on from the top of Ebbor Gorge: 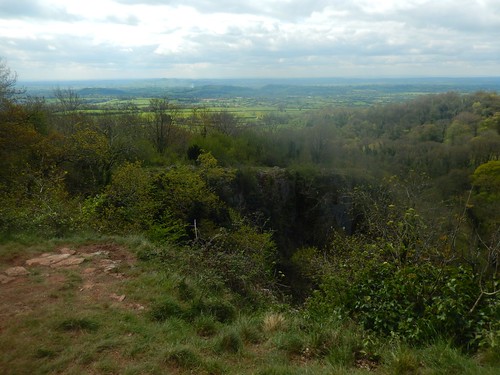 It’s a great place to stop for lunch and does attract a number of visitors in the summer. We didn’t pause for long though. 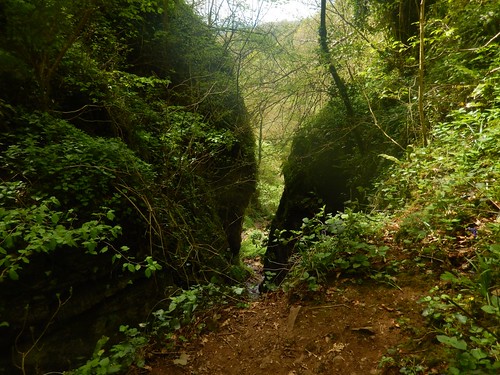 Retracing our steps to a previous junction, we began to descend further with the intention of passing through a space known as The Gap (not in any way related to Terry Pratchet’s The Long Earth series… Sadly). 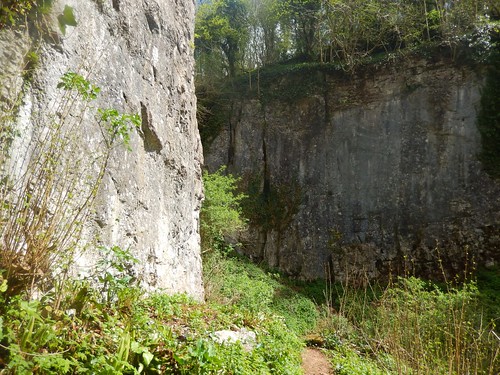 It’s the most challenging way to descend this gorge, with the alternative option to follow large steps along the West Mendip Way. Best not attempted in winter or wet weather. We almost had to reverse-scramble our way down over the rocks.

If I’m not mistaken, I’d not done this since 2012… Even then, I was climbing up the gorge, which may be slightly easier, if only on the knees. 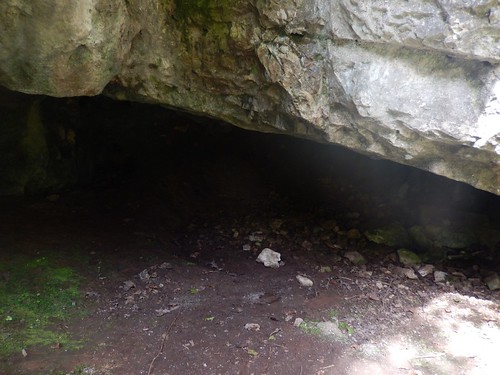 To the west of the gorge was a shallow alcove, cut in to the underside of the rock. How nature has done this – and, without sabotaging the main structure – is a mystery to me. 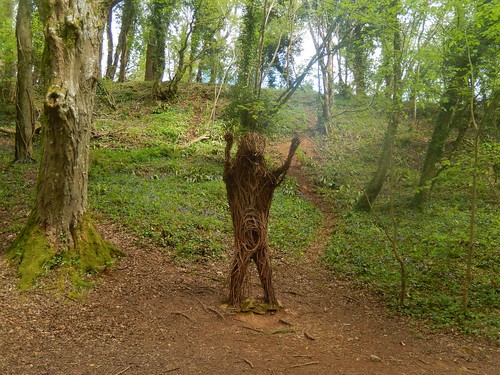 Upon reaching the valley bottom, we took a short detour from the intended route so that my friend could meet Willow the Bear. 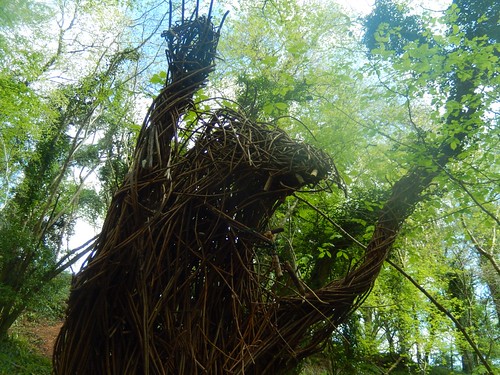 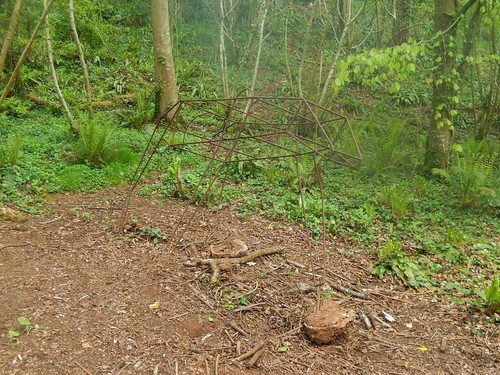 When I walked through here last year, I think only her head was missing. Now, it looks like she’s gone a bit Predator. 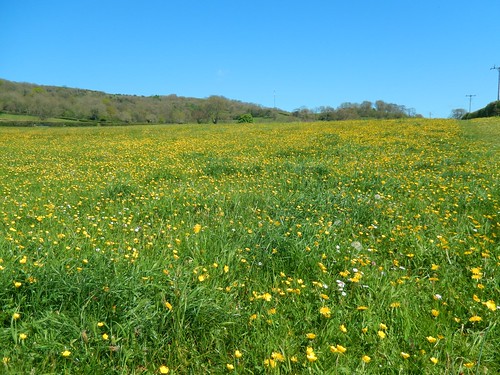 In Wookey Hole, we found ice cream. With that though, was the presence of screaming kids. So, we decided upon lunch first and found a surprisingly pleasant spot on shaded grass overlooking the large car park, with the trickle of a stream beneath us.

Straight after lunch, we indulged in frozen scoops before plodding on; knowing that the inevitable climb back up to Priddy would soon be upon us. 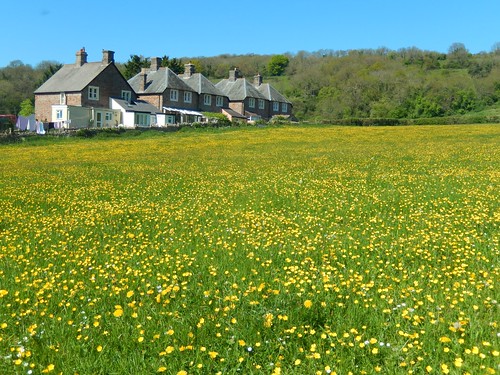 We were following the West Mendip Way across fields at this point. Interestingly, the Mendip Challenge takes a diversion along roads here and bypasses this space (although, there is the warning of ‘Bull in Field’ at the other end… Not that I’ve ever once seen or heard it). 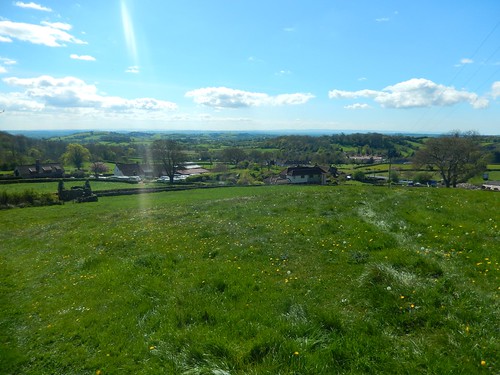 From Lower Milton, we began climbing the hill opposite a camp site. A ruined house nearby is forever overgrown. Two years ago, I’d read about how it was going to be converted in to a holiday home… Those notices have since disappeared. 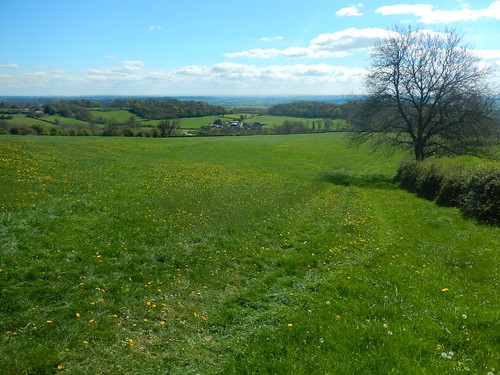 This section of the walk follows my favoured return route, as it connects with the Monarch’s Way running north past Priddy.

We briefly explored the Mineries before climbing past North Hill and the Nine Barrows on a return to the village. 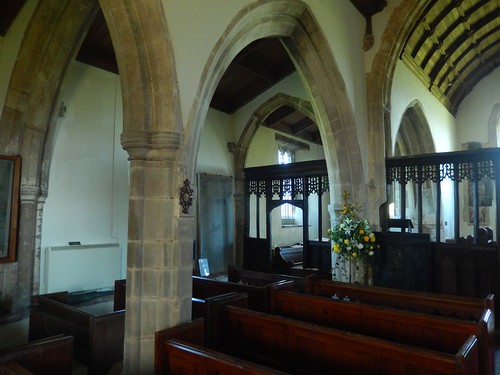 Before reaching the cars, we decided to inspect the squat village church – which was indeed “Very Priddy!”, as penned by my friend. 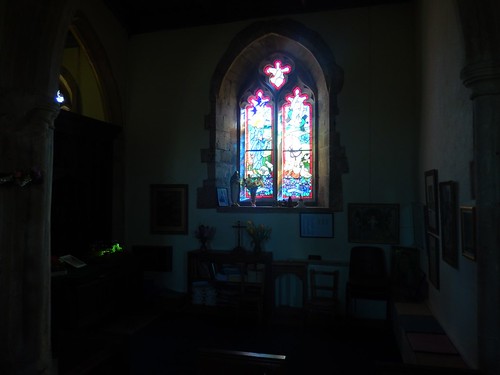 There was a stained glass window that had been replaced. I haven’t captured it very well but, to me, it didn’t look at all like the centuries-old vision one might expect.

That pretty much concludes our walk. A superb area for walking after a late start and with plenty of time for rest, respite and ice cream. 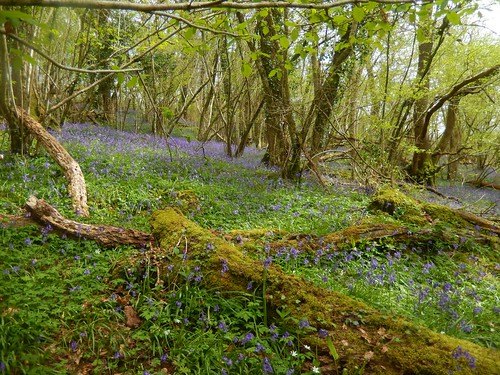 2 thoughts on “Priddy to Ebbor Gorge”