Only three weeks after my previous stint along the Severn Way long-distance footpath, I returned to Gloucestershire for a walk that would cut through its sole city.

In this post, I’m going to write about my walk along the Gloucester and Sharpness Canal, with the Severn Way update to follow separately. This is because I parked near the city centre and used the towpath as a means of plotting a circular route for the day. 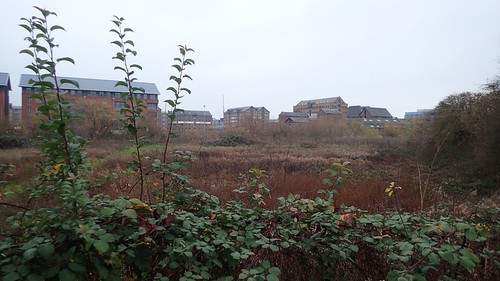 …It’ll also help to maintain a bearable size for each post! 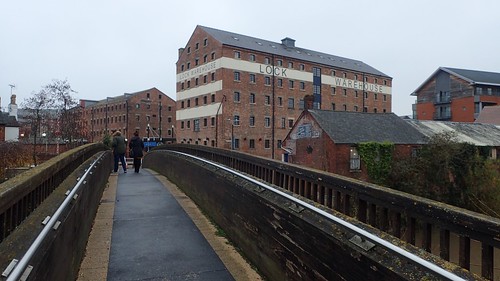 I chose the Castle Mead Car Park; a short walk from the Gloucester’s historic docks and situated between Llanthony Road and the River Severn. I parked here for a day trip in early 2017 and, just as on that occasion, I paid only £2 to park for the day. 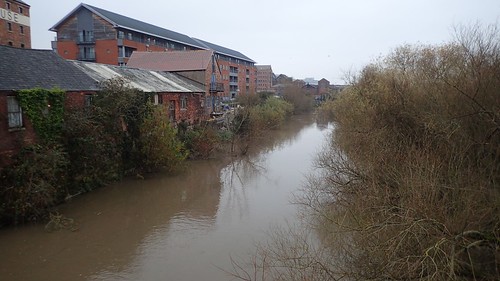 A good hour before I would join the Severn Way path, I actually crossed over the River Severn, en route to the canal towpath. 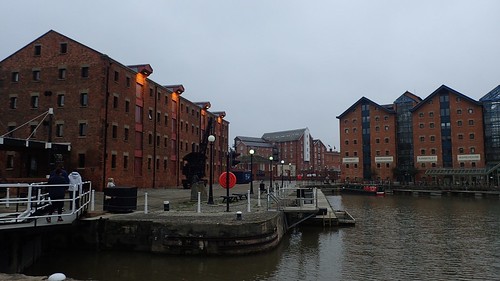 This was on what I believe was the first weekend of the city’s Christmas Market. My chosen car park was also highlighted as the go-to parking point for Christmas-mad shoppers… In late NOVEMBER, I’d like to add. 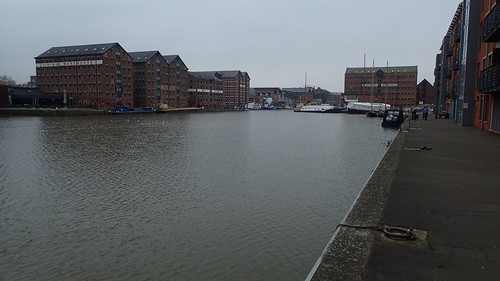 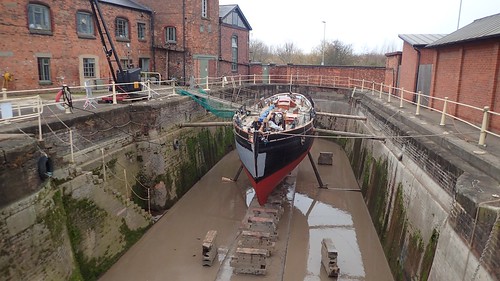 If you’ve not been to Gloucester before, a wander around the docks is worthwhile. There’s also a waterways museum that you can visit, although I’ve never bothered. A poor reputation befalls this city and it is run-down in places but, I wouldn’t urge anyone to avoid it outright. 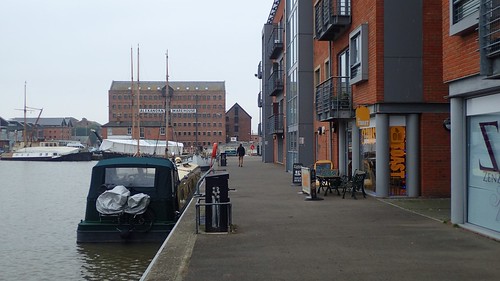 Last time I was here, on a cold winter’s day with two friends, we stopped in to On Toast for something along the lines of ‘brunch’. A stop I would highly recommend to any visitors! I was very tempted to stop again, at the beginning of this twelve-mile walk. 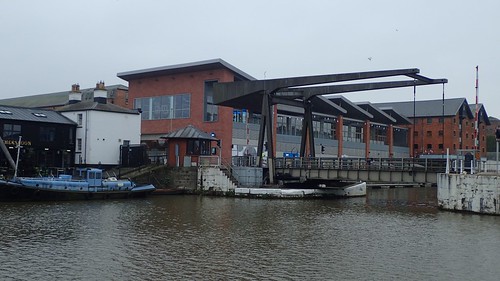 My own affinity with Gloucester dates back to early 2012, when I first visited this city after meeting someone through a dating website… Our relationship barely lasted a number of weeks but, I was grateful for the opportunity to explore a few areas of the city and see for myself, that it’s not all quite as bad and terrifying as some may prefer you to believe. 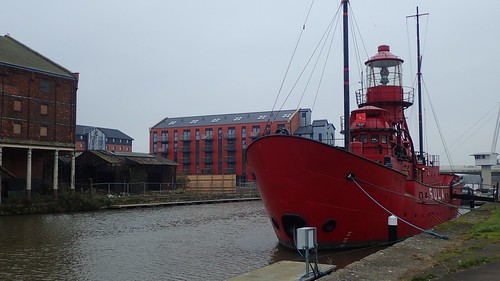 I don’t travel here very often at all but I always have fond memories, when I do. I also have some less-positive flashbacks but they don’t linger like they used to. 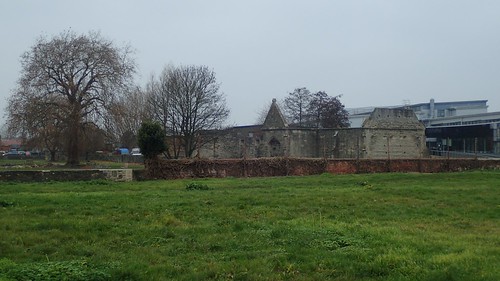 Following the Gloucester and Sharpness Canal to the south, you pass on your right, Llanthony Secunda Priory.

As the name may imply, it is the ‘second’ coming of Llanthony Priory – better known for its presence in the heart of the Black Mountains, across the Severn. I only recently learnt that it was the Welsh who drove the founding monks away, for them to settle upon this location on the western edge of Gloucester.

As Llanthony Secunda Priory is officially on English soil, I wonder whether it’s more acceptable not to pronounce ‘Ll’ correctly?… 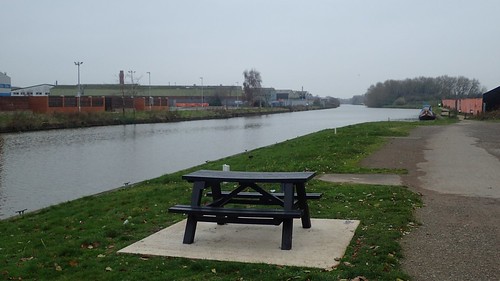 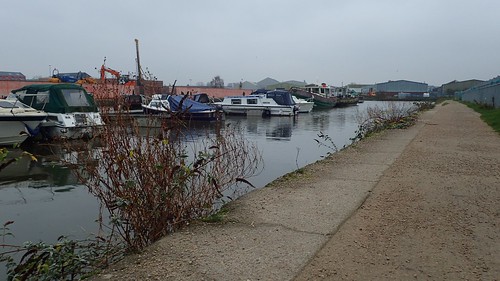 Moving on. My way forward was obvious, with the sights and sounds of an industrialised urban world across the canal to my left. 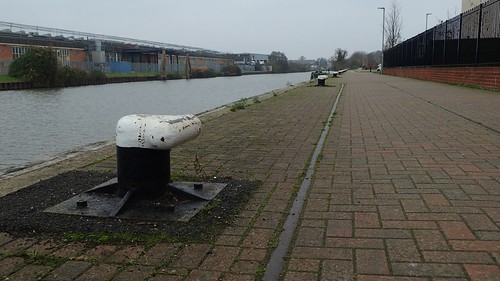 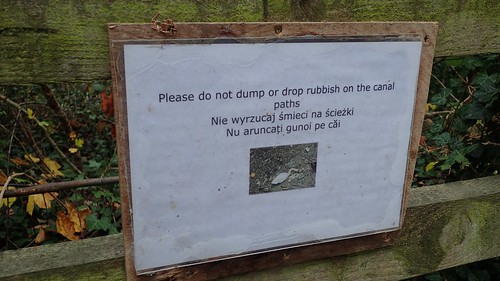 I found it interesting that one sign was written in both Polish and another European language (I wouldn’t like to speculate but Google tells me it’s Romanian). What I find most shocking though, is the lack of any clear message not to dump litter in to the WATER.

Unfortunately, I didn’t see any further signs along the lines of ‘don’t just bag your dog poo and leave it’. 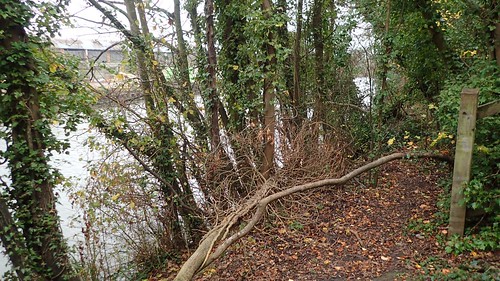 I was surprised to come face-to-face with a small patch of woodland beside this canal. With no sign or fingerpost to suggest it was the correct way, I followed the clear path inside… While the tarmac route looped around and beside a housing estate.

My guide on the ground came and went and was anything but easy to follow at times. It looks to be a popular habitat for fisherman and litterbugs alike. 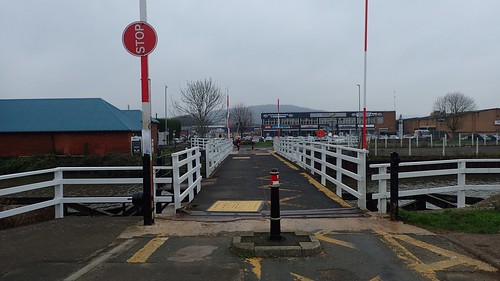 Following the towpath from the woods, I would have to cross the line of Bristol Bridge. On my very first trip to Gloucester in 2012 – and three-years prior to owning a SatNav – I attempted to drive over this, having seen a [blue, cyclist and pedestrian-only] sign for ‘Bristol Road’…

Needless to say, I couldn’t get past the bollard and had to find a more appropriate way. 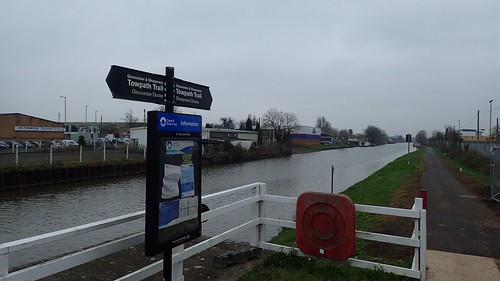 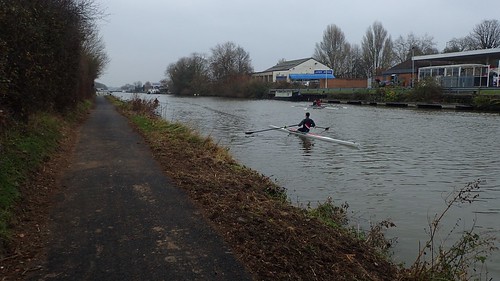 Making progress and pushing away from the noise and bustle of Gloucester, I was soon overtaken by a local rowing group. It looks like hard work. A bit further on and I’d meet a lady on a bike who was in constant discussion with two rowers on the water below; all destined for the other end of the canal at Sharpness. 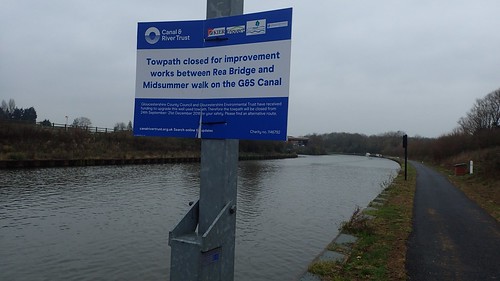 When I encountered this sign stating that the path ahead was currently closed, my heart sank with the prospect of having to follow a busy A-road… I’d seen the same warning sign towards the end of my previous walk here and had forgotten all about checking online for confirmation ahead of making the drive north. 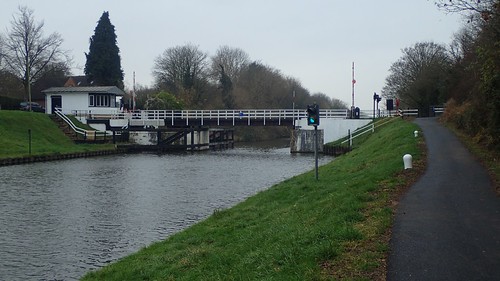 Fortunately, there was nothing to stop me from progressing on. 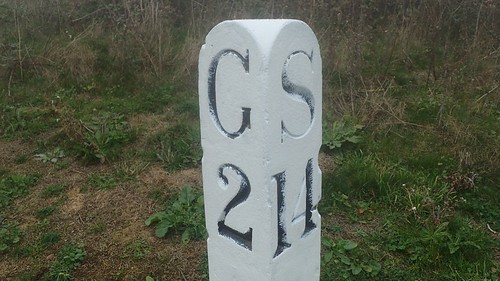 These marker posts can be found at frequent points along the towpath. With the ‘G’ for Gloucester and ‘S’ for Sharpness, each number states the distance to/from each end point in miles. I also read on an information board that the canal path measures 16.5 miles in length.

Sadly, there are no public transport links to make it an accessible one-day trek. 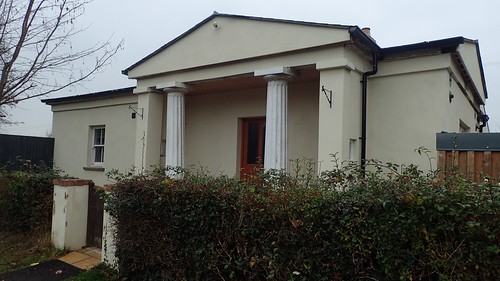 I passed another “White House” on this trail, with pillars similar to those I had seen towards the end of my previous walk here – do you remember the ‘beware of crocodiles’ sign? 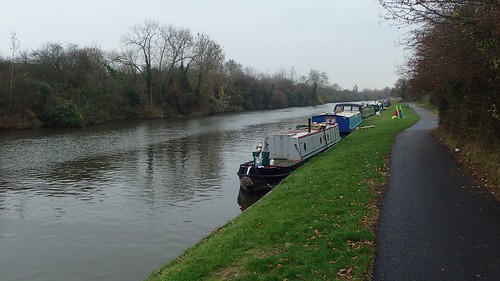 It barely took me a full hour to return to the point at which I’d previously left the canal path on my Severn Way walk through Elmore.

With this portion of my day’s walking complete, I have now walked the vast majority of the towpath (give or take a couple of miles between Slimbridge and Frampton-on-Severn) and touched both ends of the linear route. 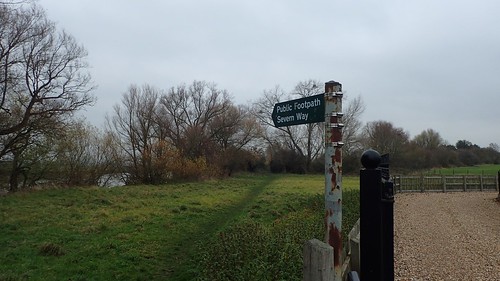 In my next post, I’ll share my experience of walking the Severn Way through and beyond Gloucester, along with the return route to my car parked in the city.