I spent the last week in the Peak District for a duration of seven nights and almost as many days. In the company of three friends (the same trio with whom I travelled to Snowdonia in July 2018), we set ourselves up in a holiday cottage just outside of Buxton.

Arriving on the Saturday afternoon and without a firm plan for the days ahead, we turned our attention to likely walking routes for the next day. I believe the inspiration for these walk came from the AA – who, as I mentioned the other week, no longer appear to publish their routes online. 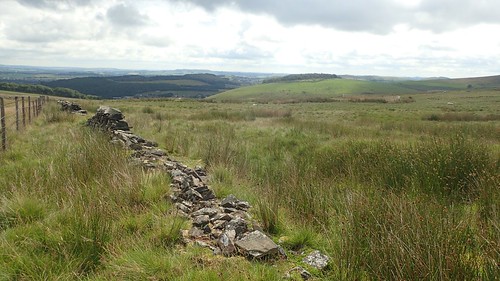 A pack of AA route cards, belonging to the owner of our accommodation, were provided with the coffee table. We drove south to a free car park next to Derbyshire Bridge (SK 018 715), from which we’d start this walk. They even have a single toilet that’s free to use, if locked overnight. 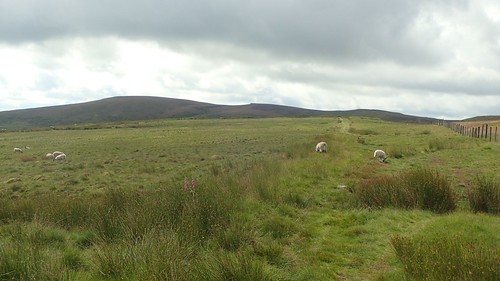 While we were to the south-west of Buxton, we were still within the moorland territory of the Dark Peak. Following a track to the north-east, we’d then turn south towards Axe Edge Moor and the rising mounds beyond. 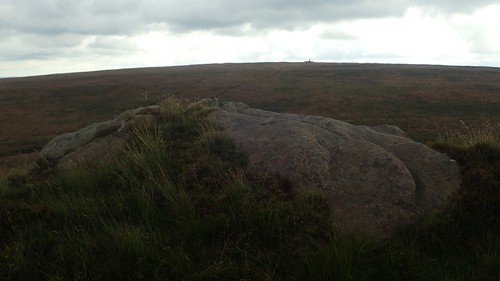 Crossing the A54 with car, we’d begin heading uphill along the Dane Valley Way, an east-to-west linear trail between Buxton and Northwich in Cheshire.

I took the photo above from a small outcrop of rock that features on the OS Map, just south of Featherbed Moss. 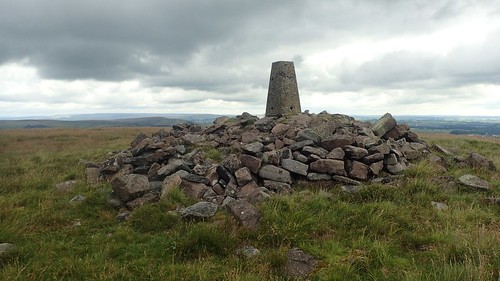 To reach this trig point (and the rock before it), we had to leave the well-trodden way and head east across the moor… Fortunately, there was sheep-sized track to follow. At this time of year, the land wasn’t overly wet and we would soon reach the top. 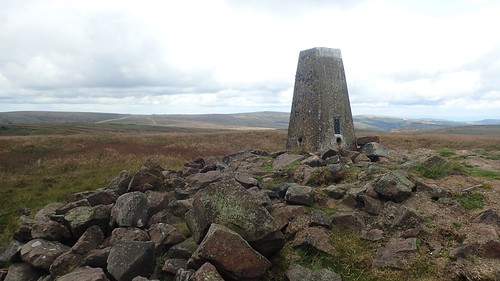 Standing at 551m above sea level, this would be the highest feature of our route. Also higher than any point across Somerset. With such exposure and an overcast sky, it was almost right to don a second layer. Having reached Derbyshire the previous afternoon, I’d seen very few others (walkers and shoppers) wearing shorts.

Were we in for a week of typically “Northern” weather? 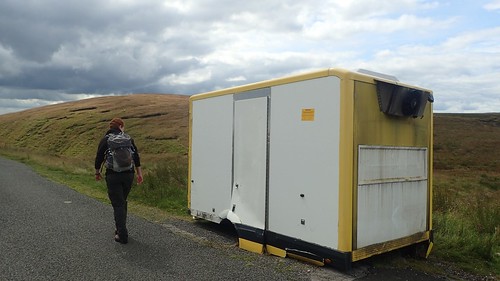 Following another uncharted “path” running south from the trig point, we would reach a much quieter road. Initially, I lead us too far west towards Dane Head; forgetting that we were supposed to be heading off-piste once more.

But we did stumble upon this abandoned trailer, with a Police notice for imminent removal on one side. To the rear of this photo, someone had torn their way in through the door, leaving empty bottles and plastic waste inside. 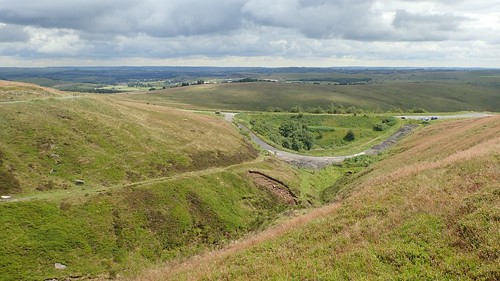 Retracing our steps along the road, we would follow the printed directions to head up on to the line of Axe Edge, from where we were able to cross the stream. There was even a “path”… Even though, again, nothing is shown on the OS Map. 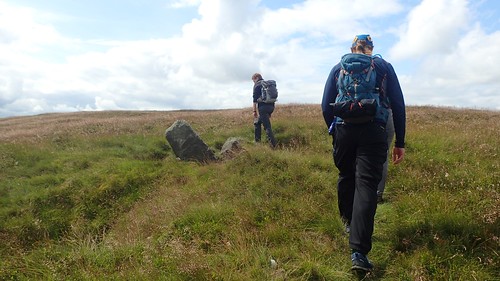 Standing stones and rocks occasionally mark the way, as we reached a height of 549m above sea level. 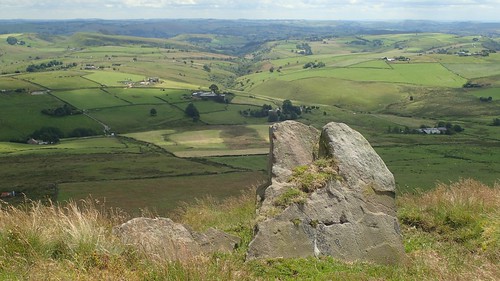 We were walking above and parallel to the A53; the very same road we had all travelled along to reach our accommodation from Leek. 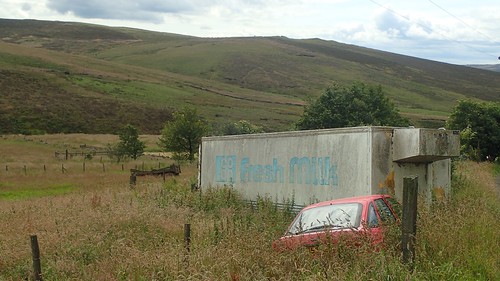 From Axe Edge End to the south of the ‘Edge’, we would rediscover the public right of way network and make our way west, beneath Orchard Common, Drystone Edge and towards Orchard Farm. 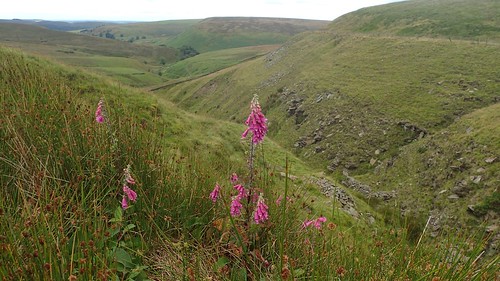 Lunchtime was imminent. We all felt that. But following this path above the valley and having rejoined the Dane Valley Way, we were fully exposed to the unseasonal breeze. 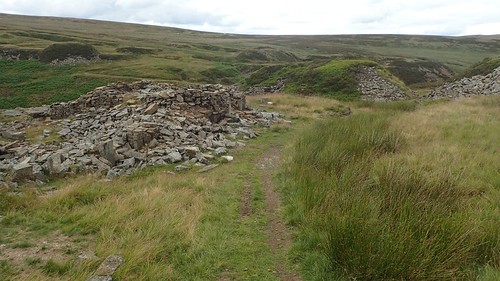 We would follow this trail as it turned north, eventually pausing for lunch beside the path and ahead of Reeve-edge Quarries. 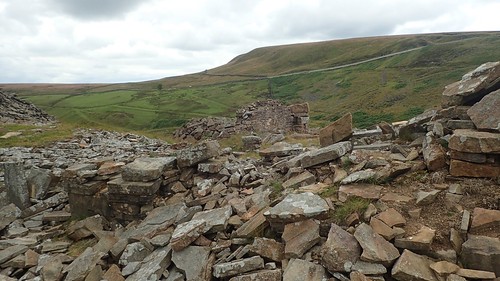 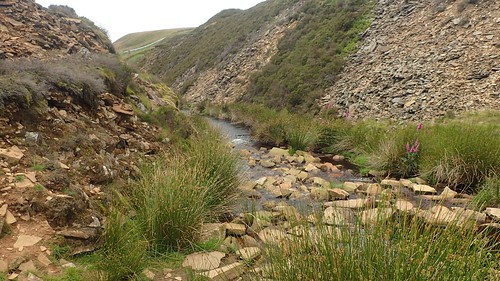 I remember feeling physically shattered along this walk. This wasn’t a big outing or anything and I’ve felt it a few times this year. I fell asleep at lunch time; subconsciously transported to a different place, among different people but with familiar sounds of the wind passing by… Waking up back in this quarry was a very surreal experience. 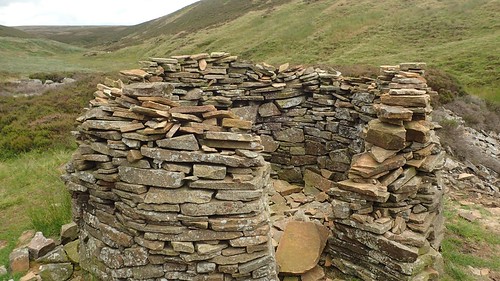 Deeper in to the quarry, we passed a very deliberate wind shelter. A sight I would expect to find mostly on top of a rural mountain. 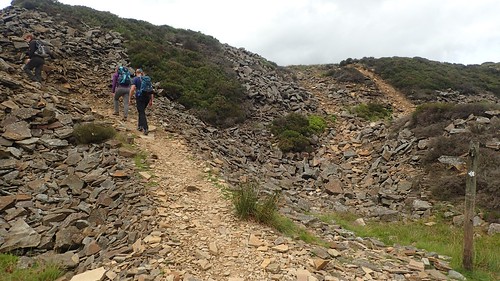 Infrequent waymarked posts with help to guide us along the correct route from each available selection of “paths”. 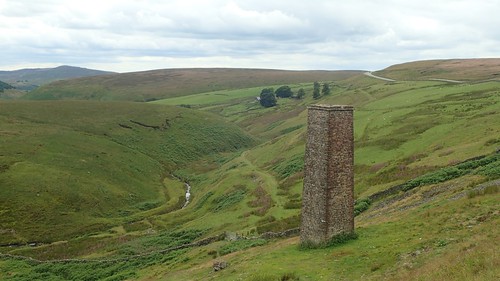 We would then leave the trail and its quarries as we came to cross the A54 for a second time. 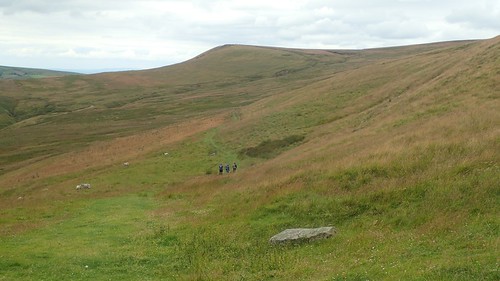 From here, we would follow a field boundary heading west (a track exists on the ground) beneath Dane Bower (no S!), while the bridleway appears to run along the top.

An uphill climb from the stream would see us join that same bridleway and then follow it to the next road, crossing towards the Cat and Fiddle (the second-highest pub in England), which appeared to be shut (if they hadn’t locked the car park to keep teetotal walkers out). 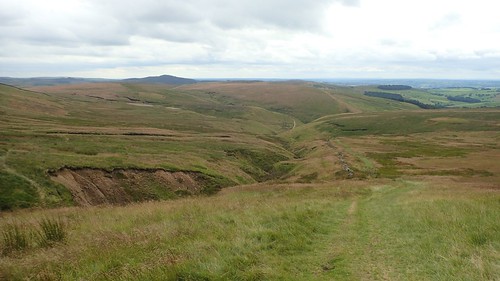 Some of the views along this walk had been spectacular. Somewhere south of here, I knew that there would be The Roaches and Hen Cloud; both of which can also be seen from the A53.

From the pub, there was just a gentle walk down along a quiet-ish road to return to the car.

Distance of this walk: 9 miles